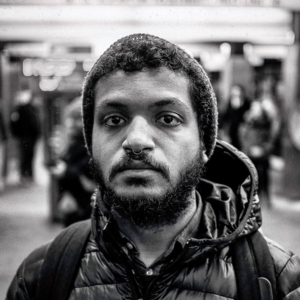 Elias Rodriques | All the Water I’ve Seen is Running

Elias Rodriques currently teaches at the University of Pennsylvania and in the fall of 2021 will start as an assistant professor of African American literature at Sarah Lawrence College. Focusing on African American Literature, Black Marxist writing, Black Feminism, and Critical Prison Studies, his work has been published in the Guardian, the Nation, Bookforum, and n+1, where he is an assistant editor. In his debut novel, Rodriques tells the story of a mixed–race son of Jamaican immigrants who is called back to his Palm Coast Floridian hometown to investigate the death of his first love—alongside the mysteries of his own family history and identity.

Rachel Ossip is a designer, writer, and editor based in Brooklyn, NY. She serves as the managing editor of n+1 magazine and the designer for n+1 books, and manages the contemporary art imprint Paper Monument. She has worked with a range of small publishers, academic publications, and public institutions, such as New Directions and the Othering & Belonging Journal, and teaches at the Rhode Island School of Design.