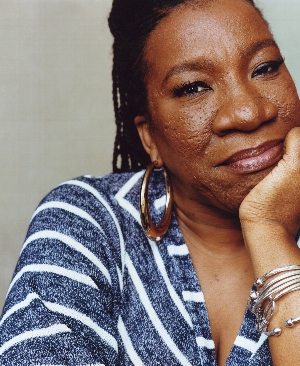 Tarana Burke | Unbound: My Story of Liberation and the Birth of the Me Too Movement

A longtime activist for justice and equity, Tarana Burke founded the Me Too movement in 2006 as a way for women to come together in their shared experiences of sexual violence. She is the senior director of the advocacy group Girls for Gender Equity, founded the Just Be nonprofit organization, worked at Art Sanctuary Philadelphia, and has collaborated with many other groups to hold workshops and create initiatives around issues of sexual violence, discrimination, and economic justice. The recipient of the Ridenhour Prize for Courage, a VH1 Trailblazer Award, and the Sydney Peace Prize, she was one of TIME magazine’s 2017 Persons of the Year and one of its 100 Most Influential People of 2018. Unbound is a memoir of Burke’s journey from childhood trauma to the role of empathetic, empowered advocate for worldwide social change.