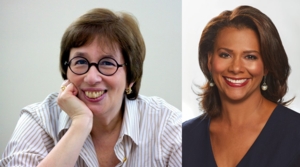 Linda Greenhouse | Justice on the Brink: The Death of Ruth Bader Ginsburg, the Rise of Amy Coney Barrett, and Twelve Months That Transformed the Supreme Court

The New York Times’s Supreme Court correspondent for nearly three decades, Linda Greenhouse won the Pulitzer Prize for her coverage of the United States’s highest judicial branch. She is the author of Becoming Justice Blackmun and The U.S. Supreme Court: A Very Short Introduction, and the co-author of The Burger Court and the Rise of the Judicial Right. In addition to the Pulitzer Prize, her other journalistic honors include the John Chancellor Award, the Goldsmith Career Award, and the Radcliffe Institute Medal. In Justice on the Brink, Greenhouse offers a sobering account and inside analysis of the year in which the sitting membership of the Supreme Court transitioned into a rightwing super-majority.