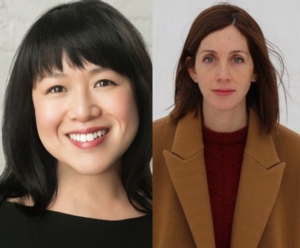 In conversation with Liz Moore
Co-sponsored by Blue Stoop

A former reviews editor at Publishers Weekly, Jessamine Chan has published short stories in Tin House and Epoch. She has received residencies and fellowships from various organizations, including the Elizabeth George Foundation, the Bread Loaf Writers’ Conference, the Virginia Center for the Creative Arts, and the Ragdale Foundation. In The School for Good Mothers, praised by Carmen Maria Machado as “a timely and remarkable debut” novel, Chan tells the story of an otherwise dedicated mother who, due to a single lapse in judgment, finds herself pitted against the government and in danger of losing custody of her child.

Liz Moore is the bestselling author of Long Bright River, The Words of Every Song, Heft, and The Unseen World. A creative writing professor in the M.F.A. program at Temple University, her fiction and nonfiction have appeared in Tin House and The New York Times, among other places.