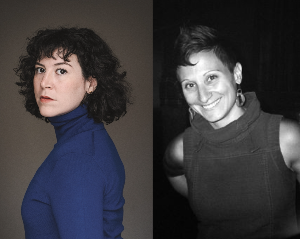 In conversation with Annie Liontas, author of Let Me Explain You and co-editor of the anthology A Manner of Being: Writers on their Mentors

Annie Liontas' debut novel, Let Me Explain You (Scribner), was featured in The New York Times Book Review as Editor's Choice and was selected by the ABA as an Indies Introduce Debut and Indies Next title.  She is the co-editor of the anthology A Manner of Being: Writers on their Mentors.  Annie’s work has appeared in The New York Times Book Review, NPR, Gay Magazine, BOMB, Guernica, McSweeney’s, and elsewhere.  The Gloss, her interview series with women and genderqueer writers, is running at BOMB, The Believer, and Electric Literature.  Her informed memoir, Sex with a Brain Injury will be published in January 2024.  Annie is a member of The Claw, a Philadelphia salon for women and genderqueer writers.