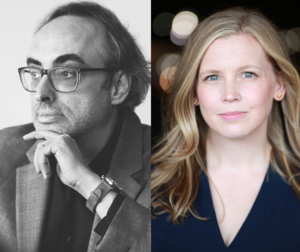 In conversation with Laura McGrath, Assistant Professor of English at Temple University

“Quirky and often darkly hilarious” (Mother Jones), Gary Shteyngart is the author of the culturally reflective novels The Russian Debutante’s Handbook, winner of the Stephen Crane Award for First Fiction; Absurdistan, named a “best book of the year” by slews of periodicals; the New York Times bestseller Super Sad True Love Story; and Lake Success, a critically acclaimed satire of the emptiness of materialism. His other work includes the National Book Critics Award finalist Little Failure, a memoir of his experiences in the dramatically dissimilar worlds of uber-consumerist America and the perpetually deprived Soviet Union of his youth. Shteyngart has contributed articles and essays to Esquire, GQ, and The New Yorker, and his work has been translated into more than 20 languages. In his latest novel, a group of friends navigates the rocky shoals of love, betrayal, and K-pop while in pandemic lockdown.