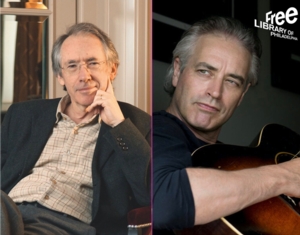 “The most psychologically astute writer working today, our era’s Jane Austen” (Esquire), Ian McEwan won the Booker Prize for his novel Amsterdam. His 16 other novels include Atonement, winner of the National Book Critics Circle Award and later adapted into an acclaimed Oscar-nominated film; The Comfort of Strangers and Black Dogs, both Booker Prize finalists; and Nutshell. McEwan’s other work includes two children’s books, a work of nonfiction, two plays, five screenplays, and four short story collections, including First Love, Last Rites, winner of the Somerset Maugham Award. His new novel tells the story of a man careening through some of the 20th century’s most turbulent events as he searches for answers about his family history.