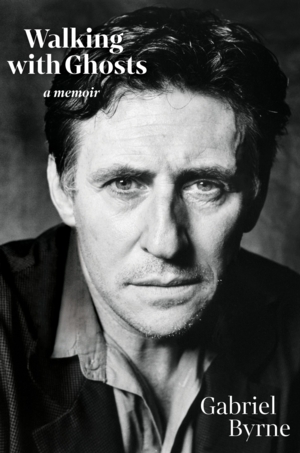 In conversation with musician and novelist Wesley Stace, author of Misfortune, By George, Wonder Kid and most recently Out Loud with dancer and choreographer Mark Morris

An actor renowned as much for his versatility as his depth, Gabriel Byrne has portrayed King Arthur, Satan, Pope Gregory X, Lord Byron, a heartless Irish-American gangster, a Viking chieftain, D’Artagnan the Musketeer, and an ersatz Keyser Söze, among hundreds of other screen and stage roles. He earned a Golden Globe Award and two Emmy nominations for his role as a self-doubting psychotherapist on HBO’s In Therapy, and was thrice nominated for Tony Awards for his roles in Eugene O’Neill’s plays. In Walking with Ghosts, Byrne traces his path as a boy wandering the outskirts of working-class Dublin, to his entrance and expulsion from the Catholic seminary, to his days in amateur theater that launched a 40-year career.