A History Minute | The Fortunes of Philadelphia - Let's Play Ball!

In these days of big bucks baseball, with the top players making over $30 million a year and the top clubs valued in the billions, it’s hard to imagine a time when America’s Pastime was an amateur endeavor and players not only played for nothing, they often made their own bats and balls. Things began to change after the Civil War when competition led the top teams to start paying players under the table in order to attract the best talent. It wasn’t long before professional teams appeared and leagues formed to control the game and the players. In Philadelphia, big league baseball was shaped by three men from humble beginnings: two friends and business partners, who established two teams and shepherded them well into the 20th century, and a legendary manager who won 3,731 games. 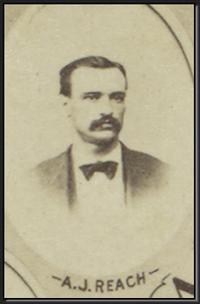 Al Reach was born in London in 1840 and grew up in Brooklyn where he worked in a foundry and played second base for a local club. He moved to Philadelphia in 1865 to play ball with the Philadelphia Athletics for the princely sum of $25 a week, becoming baseball's first openly paid professional. Reach played with the A’s for 10 years, the last two as a player-manager. He supplemented his income by setting up a cigar and tobacco shop on the 400 block of Chestnut Street which became a hangout for the Athletics and their fans, and a place to sell tickets and baseball equipment. This grew into Philadelphia’s first sporting goods store and became so successful he moved to a larger space at 1820 Chestnut Street.

In 1881, tired of selling someone else’s products, Reach took in a partner, his friend and fellow fan, Benjamin Shibe, whose company made the baseballs Reach sold. They built a factory in Fishtown and by 1883 produced 1.3 million baseballs and 100,000 bats a year. Reach also established Reach’s Official Baseball Guide which competed with the Spaulding Guide until they merged in 1939. In 1883, Al Reach took over a failing team from Massachusetts and brought them into the National League as the Philadelphia Phillies. He was an owner until 1903 and saw the team win the National League pennant in 1915. Reach died in 1928 at age 87 and is buried in Laurel Hill Cemetary. 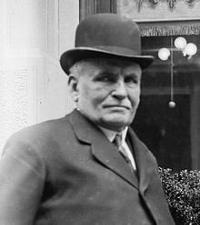 Benjamin Shibe was born in Philadelphia on Girard Avenue  in 1838. A childhood accident left him with a permanently damaged leg that required a brace and kept him from playing the game he loved. Shibe worked at a leather company making buggy whips and watch fobs, and served in the 51st Infantry that protected Philadelphia during the Civil War. After the war, he became a railway conductor.

Shibe saw opportunity in the increasing popularity of baseball after the war. He joined forces with his brother and nephew and formed a company to make baseballs, which they sold to Al Reach. In 1881, he and Reach partnered to manufacture baseball equipment and set up a factory in Fishtown. Shibe patented an improved baseball in 1883 and is also credited with inventing an automated stitching machine to make standardized baseballs. By 1886, Shibe and Reach had four factories occupying the entire 1700 block of Tulip Street and employed over 1000 workers. It was here that Shibe developed the cork-centered baseball, introduced in the 1910 World Series.

In 1901, the new American League awarded its Philadelphia franchise to a former catcher named Connie Mack. Mack needed a local backer respected in the community and his natural choice was Ben Shibe. Shibe hesitated though—after all, his business partner was part owner of the Phillies and the new team would be raiding Phillies players and competing for new players and fans. But Reach agreed with Shibe that a second league would be good for the sport, and a promise that the A.J. Reach company would become sole provider of balls to the American league sealed the deal. Shibe bought a 50% stake in the franchise which became the Philadelphia Athletics. A few years later, Shibe built them the world's first modern baseball stadium, constructed of steel and concrete, at a cost of $300,000. Shibe Park opened in 1909 at 21st and Lehigh. In 1938, the Phillies moved into Shibe Park as well and shared it with the Athletics until 1954. Shibe served as president of the Athletics until his death in 1922. He is buried in West Laurel Hill Cemetary in Bala Cynwyd. 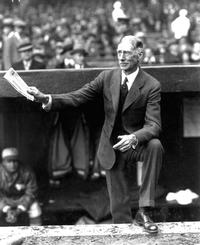 Connie Mack (Cornelius McGillicuddy) was born in East Brookfield, Massachusetts in 1862 to a family of Irish immigrants. He dropped out of school at 14 to work in a shoe factory and play catcher for the town baseball team. He went on to play minor league ball and moved up to the Washington Nationals in 1886. Mack was an unusual catcher. Then as now, most catchers were short and stocky and Mack’s slim, 6-foot frame towered over most men. He began his managing career in 1894 in Pittsburgh, then Milwaukee, but it was in Philadelphia that he made history. The new manager of the Athletics was an anomaly. Kind and soft-spoken, he always wore a three-piece suit with a high, starched collar and tie. When the company that made the collars stopped production in 1908, he convinced them to continue supplying him.

The Athletics won their first pennant in 1902. There was no World Series yet since the National League did not recognize the American League until the following year. The A's won four straight pennants beginning in 1910, as well as three World Series in a row, but lost the Series to the Braves in 1914 in one of baseball’s most famous upsets. Mack spent the next few years selling off his highly-paid players and starting over with young, inexperienced ones. The A’s placed last in the league for seven straight years while fans called for the 60-year-old manager’s retirement. But as 50% owner, Mack had the kind of job security most managers only dream of. As the 20’s roared on, Mack invested in his team and moved up in the standings to win three pennants and two World Series between 1929 and 1931. In 1929, Mack received the ’Bok’ Award for service to Philadelphia.

Connie Mack was famous for shaping young players into Hall of Famers and his style was the antithesis of traditional managers. Mack believed in kindness and civility and when he reprimanded a player, he did it in as gently as possible and in private. "Humanity is the keystone that holds nations and men together," Mack once said. "When that collapses, the whole structure crumbles. This is as true of baseball teams as any other pursuit in life."

By 1932, the Great Depression had destroyed the economy of Philadelphia and few could afford tickets to baseball games. Unlike most team owners, who made their money from other businesses, Connie Mack’s business was baseball and he could not afford to pay the best players in the league without strong ticket sales. Once again he sold off his best players and started over. His team never made it to the top again but by the time Mack retired in 1950 at the age of 87 he had won 3,731 games, a record unlikely to be matched. In 1937, he was elected to the National Baseball Hall of Fame, joining many players he nurtured. In 1953, Shibe Park was renamed Connie Mack Stadium and it remained home to the Phillies until it was demolished in 1970. Connie Mack died in 1956 at the age of 93 and is buried in Holy Sepulchre Cemetery. 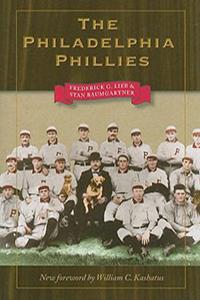 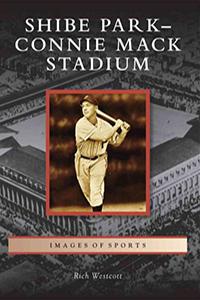 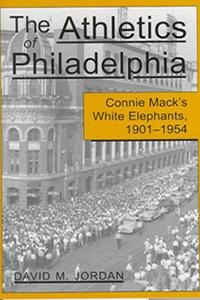 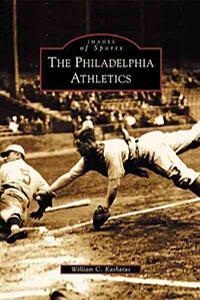 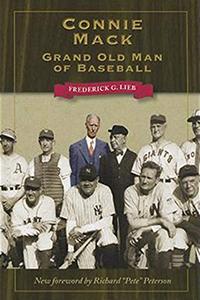 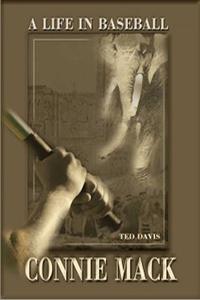 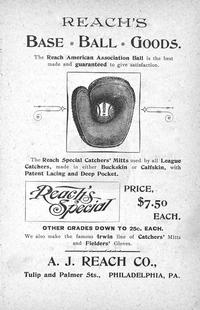 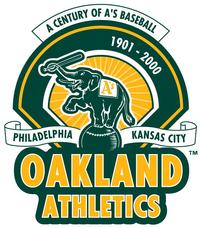 After NY giants Manager John McGraw mocked the Athletics team as a "white elephant" Mack had an elephant embroidered on the team uniforms. the elephant is still a symbol for the Athletics.
1 Comment | Add a Comment
As an individual born and raised in Philadelphia I grew up a Philadelphia sports fan long before my 12 years employed at the current home of the Philadelphia Phillies Citizens Bank Park I strongly enjoyed the education
Earl Frankln - Philadelphia