Though I’ve lived in so-called Philadelphia for several years, it was only last year that I learned that Lenapehoking is the name of this place so many of us call home.

In learning how to acknowledge the ancestral homeland of the Lenape, the deepest understanding I gained was that a land acknowledgment isn’t just a plaque or gesture that recognizes something historical. In the same way, October 12, Indigenous Peoples’ Day, is not just about history, but the present moment and how we’re building the future. Holidays, monuments, media, mascots, commercial products, and books are all shared stories that shape our understanding of the world from a young age—whether they are true or not.

And stories have power.

Indigenous Peoples’ Day dismantles settler-colonial propaganda, a key part of decolonizing the narratives that have continued harmful impacts on indigenous communities in the fight for cultural, political, environmental, and social justice. Honoring Indigenous Peoples’ Day in Philadelphia means a deep acknowledgment of the Lenni-Lenape peoples who lived here for thousands of years before European settler-colonists arrived, and it means fighting together for the futures of the indigenous communities who continue to live here.

Lenapehoking stretches from Delaware to Connecticut. Though significant populations of Lenni-Lenape were violently displaced from their homeland by colonial expansion in the 17th century, with many communities living today in diaspora in Wisconsin, Ontario, Canada, and Oklahoma—the headquarters of the Delaware Tribe of Indians (a name given to the Lenape by settler-colonists)—many remain, including the Nanticoke Lenni-Lenape Tribal Nation based in Bridgeton, New Jersey. For the past three years, Indigenous Peoples’ Day Philly, organized by pan-indigenous activists, artists, and community members, has convened to honor the histories and cultures of not only the Lenape but the many indigenous heritages represented here and across the nation.

This year, Indigenous Peoples’ Day Philly will take place as a two-day virtual event on Saturday, October 10 and Monday, October 12. The event will open with a talk from Tribal Chief Justice Rev. Dr. John Norwood on regional Lenape history, covering how the Nanticoke community hid in plain sight for generations in the continued struggle to stay and preserve the land for their familial ties. There will also be a talk with Lenape historians who are living in diaspora, addressing the infamous Walking Purchase. The panel includes Curtis Zunigha, Cultural Director for the Delaware Tribe of Indians and an organizer of this year’s Tamanend Day, which took place in May as the first celebration honoring the great legacy of Lenape Unami clan Chief Tamanend. Across the two days, there will be pan-indigenous panels that focus on indigenous futures, artistic practices informed by tradition, indigeneity and Latinidad, the reclamation of languages, and how Columbus Day and its doctrine of discovery has caused cultural erasure and continues to justify oppression. The event will conclude with a concert on the evening of October 12, featuring musicians and dancers. 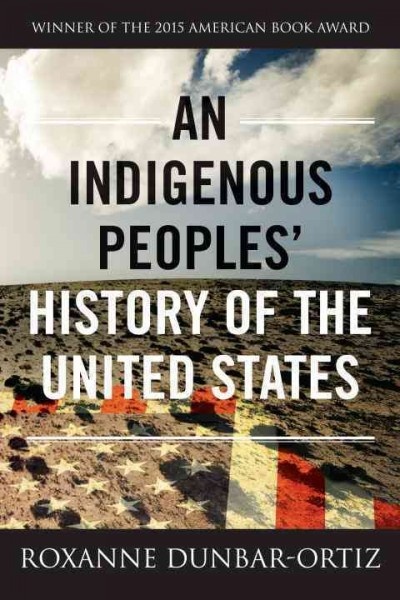 Pre-colonial history and indigenous life are so often left out of history documented by white settler-colonists and their descendants. I remember at most, a couple of pages in middle school that nodded roughly to the Lenape, but mostly glorified William Penn’s ‘peaceable dealings’ with Chief Tamanend at the Treaty of Shackamaxon—itself an event that was never actually documented but imagined and romanticized widely by white writers and artists. Imagine if our school textbooks had contributions from Lenape historians, or if we'd been assigned in high school Roxanne Dunbar-Ortiz’s An Indigenous Peoples’ History of the United States. Imagine if our students today received a full education about the realities of structural racism that indigenous people continue to face, rather than inheriting false legends and getting a day off of school to honor a man who committed unspeakable acts of violence on Taino peoples.

I’ve heard that the School District of Philadelphia is re-examining these aspects of its curriculum, and it’s very exciting that changes are beginning to take place in other institutions and places of public storytelling. Because for hundreds of years, indigenous people have been either misrepresented or omitted completely. Cheyenne-Arapaho novelist Tommy Orange writes in the One Book, One Philadelphia 2020 selection, There There:

"They tried to kill us. But then when you hear them tell it, they make history seem like one big heroic adventure across an empty forest."
(page 51)

Imagining an empty wilderness tamed by European heroes is an attempt to justify the displacement and genocide that were the foundation of colonization, and the infrastructure we call America today. If major pieces and voices are left out of the story, we are made to believe we don’t have to account for them, recognize wrongdoing, repair, or change.

One of the many characters from There There who has stayed with me is Dene Oxendene, a documentary filmmaker who invites urban Native Americans living in Oakland to sit in front of a camera and tell their own stories, "with no direction or manipulation or agenda" (page 40). Unedited self-representation, no filter. Those are the types of stories that need to be heard and shared, and there are countless artists and writers who are telling them. Tommy Orange’s powerful novel is a great place to start. It illustrates lived experiences of contemporary urban Native life and raises conversations about historical events, such as the Indian Relocation Act of 1956 and indigenous sovereignty movements like the Occupation of Alcatraz led by the American Indian Movement (AIM) and other activists. 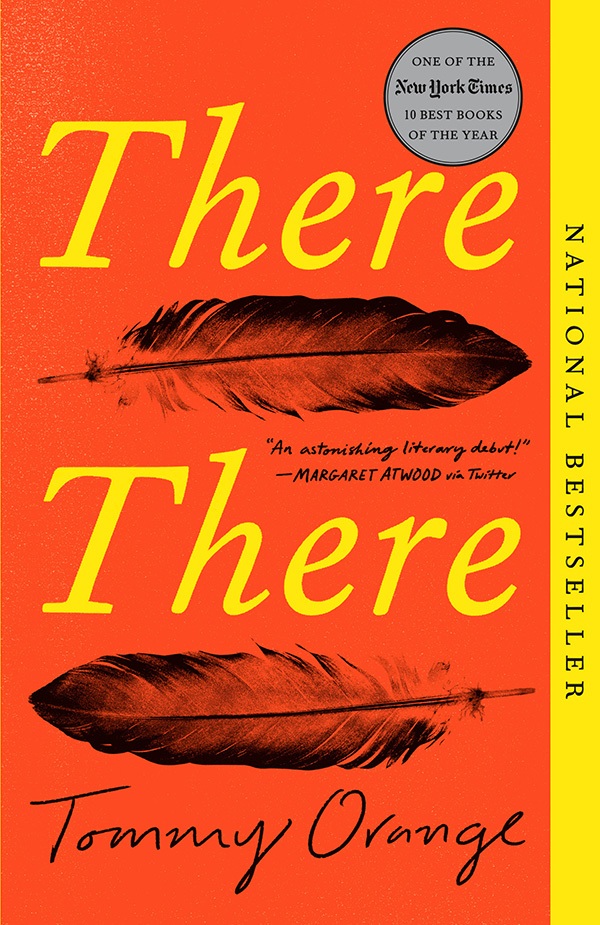 Mark your calendars for November 20 to join the One Book, One Philadelphia virtual finale event, in celebration of the many voices heard in Tommy Orange's novel There There and throughout the One Book season.

Conversations inspired by There There are continuing this fall. Earlier I mentioned Rev. Dr. John Norwood, who will be joining a panel on November 5 about the Passyunk Avenue logo, which depicts a stereotypical Native American figure in a Western Plains headdress. At a One Book workshop centering Lenape and Taino voices earlier this year, Rev. Norwood nearly had to laugh when he explained how ridiculously inaccurate that image is, considering the Lenape never wore plains headdresses, which would have been caught in the trees of East coast forests. Yet, the fictional image is plastered across South Philadelphia as if it has regional significance. Rev. Norwood will be joined in conversation by Steve Burton, a member of the Ramapough and the New Jersey Commission on American Indian Affairs, and Adam Leiter, Executive Director of the East Passyunk Avenue Business Improvement District.

On November 20, a very special event co-hosted and curated by the indigenous-led organization We Are the Seeds will celebrate (just a bit late) the One Book, One Philadelphia finale for There There. Performances will feature local artists Urie and Cory Ridgeway (Nanticoke Lenape); Native Nations Dance Theater (Blackfeet/Seminole/Creek); Mabel Negrete (Counter Narrative Society) with Campatlanezi (Danza Azteca del Anahuac); master storyteller Tchin (Narragansett); Cassie Rose Mitchell (Modoc/Klamath); We Are the Seeds Dance Troupe (Saponi/Tuscarora/Narragansett); and violinist Lauren Garrett (Eastern Shoshone of Wind River). The artists will also be in conversation about There There, their creative and cultural practices, relationships with Philadelphia, and staying connected to their roots.

For more information about indigenous-led initiatives in Philly, visit We Are the Seeds, Indigenous 215, Taino Cultural Workshop, and Studio CNS/Counter Narrative Society, just a few of the organizations leading the conversation.

Though the city of Philadelphia has yet to recognize Indigenous Peoples’ Day, I have hope. All the way back in 1977, the United Nations International Conference on Discrimination Against Indigenous Populations in the Americas first proposed that Indigenous Peoples Day replace Columbus Day. The first governmental recognition of the day was initiated by a South Dakota governor in 1989, and its popularity spread after 1992, when a group of Bay Area Natives pushed back on a reenactment of Columbus’s arrival. Since then, dozens of states and cities across the country have adopted it. It’s only a matter of time until we finally join them. 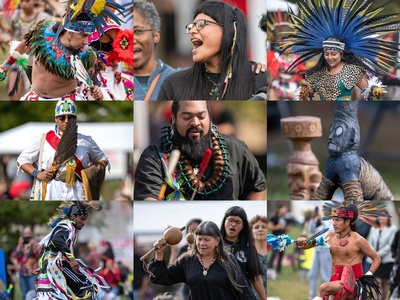