What exactly is a Sanborn, anyway?

Although often called just "Sanborns" or "Sanborn Maps", the formal name of this series of maps is Sanborn Insurance Maps, and they're a combination of history, architecture, construction, city planning, zoning, environmental analysis, neighborhood development, geneaology, land use and more. Originally developed for the property insurance industry as far back as the 1860s, Sanborn maps have become the gold standard and “go-to” source for looking back at the physical development of cities and towns throughout the country. Produced as very large-scale, top-down views of building footprints, these maps are essential for tracing the history of the urban (and in many cases suburban) landscape over time.

Because Philadelphia has a very long mapping history (more than enough historical material for future posts), the Sanborn Map Company only began their mapping of the city in 1916 (Center City), taking 13 years to finish the task (Northeast Philadelphia).  Beyond the incredible detail of the maps themselves is the continuing revision of the plates when needed. So, beginning less than a year after the first Philadelphia volume was published (1916), the company started to updated the maps to reflect building and use changes and continued to do so on a yearly basis until about five years ago (alas, because of the expense of these revisions, the library can no longer afford to continue the revisions. Maybe when budgets are better or someone with very deep pockets comes forward we can start up again. It would be a real shame to not continue this wonderful series; the great majority of cities and towns stopped many years ago). All these revisions to keep the maps current are great, of course, but there is a downside (there always is). Instead of issuing a brand new volume, updates were made by pasting a piece of paper over a building that had been demolished. When a new building was constructed on the same site, another piece of paper was placed over the previous piece [fun fact: in the earlier days of these revisions, a representative of the library would actually come to the library with stacks of printed revisions and a paste pot. It must have taken hours but this was way, way before computer mapping]. Revisions were great for the insurance companies who needed a current map but not so good for us folks researching the historical city. So, what we're left with are "snapshots in time", sets that were pulled from the revision stream.

The Map Collection at the Free Library is fortunate to have a pretty good selection of historical Sanborn maps. We have the original 1916-1929 and  revised 1950 sets available on microfilm plus a digital version available on the library web site (very cool--more about that in a minute!). There's also a 1947 set on microfilm, 1958 and 1967 hard copy sets, 1976 and 1980-2004 on film and 2006-2007 digital edition. Except for the 1916 and 1950 sets, you'd have to visit the Map Collection to use the Sanborns but for those two earlier dates (which is what a lot of users want) all you need is a computer, library card and PIN number (hint: if you live in the burbs, get a Pennsylvania Access sticker on your card. That will let you get a Philadelphia card for a year and, ta da, let you have access to the online Sanborns). Here's what to do: go to the library's web site (www.freelibrary.org), click on databases (it's over to the left), browse all, click on "S" and then on Sanborn geo-edition. You'll get a screen asking for your library card and PIN. After filling that in, you're good to go. The Sanborn site takes a little getting used to but there's lots of great historical city/town info for several states on it and it might just save you a trip downtown. Sorry about the examples--they didn't copy very well, but the original images are fine and you should get the idea. If you do want to use the later Sanborn editions, the Map Collection at the Parkway Central Library is open 9:00 a.m. - 5:00 p.m., Monday - Friday. Questions-- leave me a comment (about Sanborns or other map-related stuff) or give me a call at 215-686-5397. If you want to know more about Sanborn maps, try this site: http://www.loc.gov/rr/geogmap/sanborn/ . 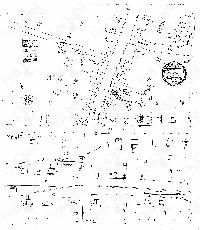 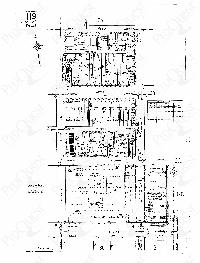