Character Sketches from the World of Charles Dickens 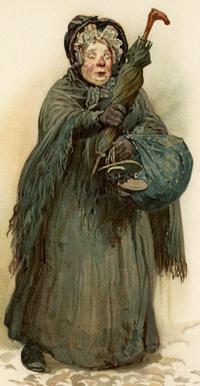 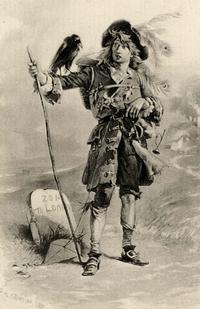 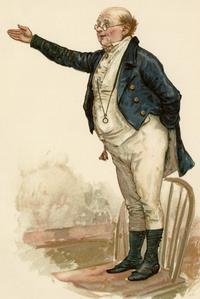 A vibrant and colorful exhibition at the Parkway Central Library highlights one of the most enduring legacies of Charles Dickens's genius: the unforgettable characters he brought to life. By some estimates there are 989 named characters in his works, with names like Toodle, Tappertit, and Tattycoram; Buzfuz, Bumble, and Bucket.

Each of Dickens’s novels is populated with a profusion of unique personalities who are animated by the extraordinary power the author had of seeing his characters and making us see them. Driven by a fascination with human behavior and fueled by his gift for precise recall, Dickens often remarked that his characters and stories “took possession” of him.

The writer G. K. Chesterton said that “The whole of Dickens’s genius consisted of taking hints and turning them into human beings.” In putting pen to paper Dickens interwove satire and sentimentalism to create some of the most bizarre and eccentric characters in fiction. Of Sairey Gamp, the befuddled, sadistic midwife of The Life and Adventures of Martin Chuzzlewit, Dickens writes, “The face of Mrs. Gamp – the nose in particular – was somewhat red and swollen, and it was difficult to enjoy her society without becoming conscious of a smell of spirits.”  Of the immortal Samuel Pickwick he remarks: "To those who knew that the gigantic brain of Pickwick was working beneath that forehead, and that the beaming eyes of Pickwick were twinkling behind those glasses, the sight was indeed an interesting one.”

To aid his creativity Dickens made lists of odd names, gleaned from church registers, tombstones, and a resource called Bowditch's Surnames. According to biographer Peter Ackroyd, Dickens's characters did not exist until he had named them and "it is that, which like a spell, brings forth their appearance and behaviour in the world." Facsimiles of original and published illustrations, set against a backdrop of London Street scenes from the collections of the Rare Book Department, Theatre, and Print and Picture Collections bring these characters to life in a vivid and imaginative way.

4 Comments | Add a Comment
I have a child"s paper story book of 6 pages binded by string of some sort.The booklet is in the cutout shape of a little Victorian girl holding a cat and an umbrella. The title is "Little Mrs Gamp" and the drawings inside are from Ernest Nister of London. The publisher is E.P. Dutton & Co, NY It says at the bottom, "Printed in Bavaria" A child penciled her name on the back and has it dated Feb 2, 1924 Does anyone know more about this booklet and value? Sandi
sandi godcik - ipswich ma
nice post!
Ashton W.
I have what appears to be 4 original watercolors by Joseph Clayton Clark. They include Bill Sikes, Toots, Mr. Jingleand Sam Walker. Can anyone tell me their worth individually or as a grouping.
Marilyn Scheffe - Texas
Hey yo how are you?
Shivansh - LUDHIANA