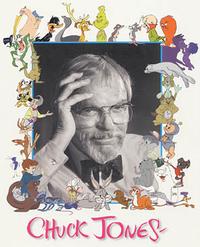 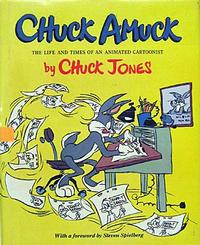 Even if the name doesn't ring any bells, if you've ever watched a Warner Bros. cartoon or really any cartoon for that matter, you've more than likely seen one that was directed by Chuck Jones or indirectly influenced by him. His Looney Tunes and Merrie Melodies cartoons are some of the most revered animated works ever created and have influenced countless cartoonists, animators, and filmmakers, as well as making people of all ages laugh out loud.

For a full picture of the man, his highly entertaining autobiography Chuck Amuck is a must read.

Chuck Jones passed away in 2002 at the age of 89 but his timeless cartoons and characters live on. Nowhere is that more evident when hearing the giggling guffaws of my toddler when he first watched a Bugs Bunny and Daffy Duck cartoon and then turning around to me with a look of wonderment and astonishment on his face saying, "That's funny, Daddy!" It sure is son, it sure is.

Here's a Friday Five of some of Chuck Jones' most popular animated works, all available from our collections.

Leave us a comment and let us know some of your favorite animated shorts, films, or tv shows!