#OneBookWednesday: How We Teach Slavery and the Civil War 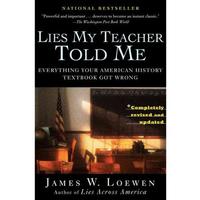 Lies My Teacher Told Me, by James W. Loewen, chronicles the elements of history textbooks that tell an altered version of history. 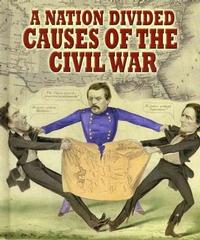 We like to think that history is fact. History as a thing is merely “events of the past”; and history the subject is the study of those events. But upon closer study, it becomes clear that history is not so cut-and-dry: it depends on who is doing the retelling, and from whose perspective. History, it seems, is becoming more and more political.

And so in presenting a One Book, One Philadelphia season devoted to a crucial part of our American history—slavery and the Civil War—we must recognize that we are not just talking about events that live in the past. They are very much with us today, and the way we talk about them—remember them—is a reflection in some ways of how we see ourselves and our country today.

Enter the “textbook issue.” The foundational way we learn about historical events is in schools, and the core way history is presented in most schools is through textbooks. And the way textbooks talk about slavery and the Civil War has come under heat recently—although the question of how to present troubling issues from our national past has always been challenging.

At issue in many states is a question that one would think, historically speaking, had a clear answer: What caused the Civil War? Slavery is the issue most supported by historical evidence—but that response has come to depend on where you live. There has been a concerted effort to teach that slavery was a “side issue” to the Civil War, and that the issue of states’ rights was the core driver of the war.

Many states have inserted language to this effect into their state standards, which are the guidelines for what skills and topics children must learn in a given subject. The most chronicled effort was in Texas in 2010, when the Texas State Board of Education revised the history and science standards—a process followed in the surprisingly riveting documentary The Revisionaries.

At issue has been what events and figures students should learn about—who and what will best explain our country’s past. But clearly this is also an issue of what past we want to tell.

Also troubling, it has been uncovered, is the language textbooks use to discuss these events. Soon after the beginning of this school year, a Houston mother took to Facebook after seeing a passage in her son’s history textbook that downplayed slavery:

“The Atlantic slave trade between the 1500s and 1800s brought millions of workers from Africa to the southern United States to work on agricultural plantations.”
– McGraw Hill’s World Geography

The mother, Roni Dean-Burren, called out the reference to slaves as “workers.” The same textbook also refers to African slaves as “immigrants.” This language seems to be an attempt to make slavery seem ‘less bad’. There has also been an effort to put a positive ‘spin’ on slavery:

“The treatment of enslaved Africans varied. ​Some slaves reported that their masters treated them kindly. To protect their investment, some slaveholders provided adequate food and clothing for their slaves. However, severe treatment was very common. Whippings, brandings, and even worse torture were all part of American slavery.”
– Houghton Mifflin Harcourt’s Texas United States History

A keen op-ed in the New York Times points out not just the positivity inserted here, but the difference in sentence structure: Positive elements are in active voice (“masters treated them kindly”), negative elements are in passive voice (“severe treatment was very common”). The language does not place blame anywhere—these things just ‘happened’.

Many of these stories focus on textbooks in Texas, but that is not to say that this isn’t a more widespread issue. (Full disclosure: I was a textbook editor at a large publishing company and specifically worked on books for Texas.) Because Texas is the largest textbook buyer in the country, many companies create a book tailored for Texas, and then use it as the basis for books for the rest of the country. So many students across our country are reading a softened, somewhat blameless account of one of the most troubling times in our nation’s past.

There is a hesitancy, perhaps even fear, to tell children how bad it truly was. This may be out of a sense of wanting to protect them in some way. But Americans are also very attached to the idea of progress—our national story is one of expansion, and that is mirrored in our belief in the American Dream and the classic ‘up-by-your-bootstraps’ personal narrative.  The overall theme of many of our history textbooks is “American is great” (as observed in titles such as They Made America Great, American Odyssey, and Nation of Nations—and so they have recast elements of our history to support that theme.

It is with all this in mind that we hope this One Book season to embark on a frank discussion of this era of American history—and how we talk about this era.

2 Comments | Add a Comment
This was a well written and well thought-out analysis of how our history is taught. Kudos to #OneBookWednesday for these enlightening essays.
Matt - Philadelphia
Julie Berger makes the point too seldom made to students -- that history books tell the victors' story.
Gale Nigrosh - Massachusetts