I don’t usually read children’s stories about ponies. Or Christian-themed mysteries. Or romance novels set during World War I. There’s nothing wrong with these types of books, but due probably to a combination of personal preference and subconscious snobbery, they never crossed my path. But, recently, shamelessly, that has changed!

This year I decided to embark of a research project. It’s part literary analysis, part scavenger hunt, and only possible through the resources of the Free Library. Since I was a young child I have vacationed on Chincoteague Island on the Eastern Shore of Virginia.  I find the scenery of the island and the surrounding Eastern Shore beautiful and its culture, history, and geography fascinating. However, living a three-hour drive away in Philadelphia, I don’t get to visit the Eastern Shore more than once a year. But it occurred to me that I could still “visit” the region and maybe even contribute to its culture in another way. I enjoyed studying literature in college and graduate school, so I’ve decided to apply my somewhat dormant English-major skills by reading and studying the fiction of the region. But does this small region of Virginia have native literature?

There is one famous Eastern Shore novel you may have heard of: the children’s classic Misty of Chincoteague, by Marguerite Henry. I read it as a child, but I wonder what I will find when I unleash some grad-school level theory on it (a feminist reading, perhaps?). To find other books, I used the Library catalog. An advanced search for “Eastern Shore” and “fiction” led me to The Homespun Wisdom of Myrtle T. Cribb by Sheri Reynolds (2012), a romance written for a female audience that I nonetheless enjoyed. This book has the subject heading “Eastern Shore (Md. and Va.),” and by using it I discovered 17 works of Eastern-Shore-related fiction owned by the Free Library, including books by Nora Roberts and James Michener (although these books may end up being set entirely in Maryland, which at this point is not part of my study.)

To find more titles I contacted a bookstore in Chincoteague and ran subject searches on Worldcat.org, an online catalog of thousands of libraries worldwide. If the Free Library does not own a book, I request it through our fabulous Interlibrary Loan Department.  My favorite find so far is The Shore by Sara Taylor, a dark set of interlocking stories about rural poverty that take place on the Eastern Shore from the 19th century to the present to the year 2143!

This may end up being a lifelong project for me. Or maybe I will grow tired of it—I don’t know yet. But isn’t it nice to know that we have Free Library resources available to entertain our quirky little interests? Whatever topic excites and inspires you, don’t be ashamed to let us at the Free Library know about it and help you geek out!

For the entire month of November, Free Library staff has been embracing our so-called “guilty pleasures” without embarrassment! Join in and show us your pride for whatever you’re reading, watching, or listening to by snapping a photo with the hashtag #FLPNoShameNovember. We’ll feature your photos on our social media accounts and curate a list of the now-shameless titles! 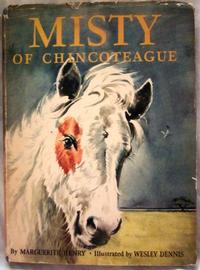 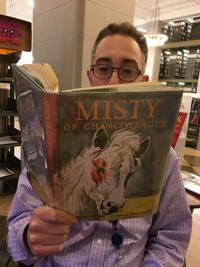 Reading about ponies, without shame
No Shame November
Add a Comment