Today, we are saddened by the unexpected death of 89-year-old Harper Lee, known to the world for her Pulitzer Prize-winning, semi-autobiographical novel To Kill a Mockingbird, as well  as the controversially published Go Set a Watchman. To Kill a Mockingbird is considered an American classic for captivating the imaginations of readers with its memorable characters and poignant exploration of themes such as childhood innocence, racism, and class disparities. More than 30 million copies of the book have been sold since its publication in 1960, and it has continued to sell an estimated 1 million copies per year as recently as 2010. Because of the book’s importance in American literature, Lee was awarded the Presidential Medal of Freedom—America’s highest civilian honor—in 2007.

Lee was born on April 28, 1926, in Monroeville, Alabama—also the place she died. Although she shied away from the public eye, those who knew her admired her for more than just her novels. Lee’s nephew Hank Connor told the press that his family will remember Lee as “a loving member of our family, a devoted friend to the many good people who touched her life, and a generous soul in our community and our state.”

“There will always be something missing from Monroeville and the world at large in the absence of Harper Lee,” said Spencer Madrie, the owner of Ol’ Curiosities and Book Shoppe, an independent bookstore in Monroeville that featured Lee’s works prominently. In a statement released by HaperCollins, President Michael Morris said that Lee “was a woman of great joyfulness, humility, and kindness.”

Her legacy will live on as the relevance of her work continues to impact readers of all ages. We at the Free Library are forever grateful to Lee for her insight and eloquence, and may she rest in peace. 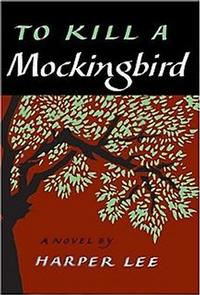