This year’s One Book, One Philadelphia selection has it all—American history, musical connections, a major movie version, and even some links to our city. Tucked in its pages as well, the characters serve up some tasty dishes and libations.

As they struggle to get by during the Civil War, Cold Mountain characters Ada and Ruby make their own cider for trade and grow their own produce using only the resources available to them locally:

“The cider had hardened up enough by now to be worth something, and for that reason Ruby went out one afternoon on a trading mission. She had heard that an Adams man down the river had killed a beef, and she had gone off with two jugs of cider to see how much meat they might bring.”

Cider’s frequent appearance in Cold Mountain lent itself to a fun event held last night in the Skyline Room of Parkway Central Library, as a completely sold-out crowd enjoyed a cider tasting presented by the One Book team in partnership with Strangelove’s Craft Beer Bar, located on on 11th Street.

Cider is booming in popularity today, but it also links us to the past. Historically, cider was consumed all the way back in the Dark Ages. The Pilgrims brought it to America, and it was a favorite of Benjamin Franklin and George Washington. it was, like everything, off limits during Prohibition. Now, it is enjoying a resurgence, partly owing to an embrace of fermentation, which is such a natural process. And it can be made and enjoyed by everyone—apples grow everywhere!

After entertaining the audience with his wit and insight, Hartranft left us with some food for thought: “This is a special time in dining, drinking, and experiencing things [in Philadelphia]. Things are coming at you fast. People are over-informed but under-educated when it comes to the things they’re experiencing. The things we participate in are presented as a series of moments, and that’s not living.”

He encouraged the group not to be afraid to try new things and change their minds, and to give everything a chance. There isn’t a “right answer” when it comes to food and drink; if you like it, great! Eat or drink more of it! But when you do, learn about it.

“If you do that, you’ll find a richness in your city that you didn’t know existed.”

For a full list of other “rich” events, visit our online calendar or download our printed guidebook. 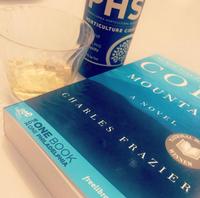 Readers and drinkers came together for a cider tasting at Parkway Central Library.