Grab a Cup of Tea and Learn About the Queen

I don’t know why I’m so fascinated by the British Royal Family (remember my excitement about the Royal Wedding of Prince William and Kate Middleton back in 2011?). Perhaps it’s because of the uniqueness of a royal family which the United States doesn’t have, or simply my intrigue after learning about British monarchs in elementary school social studies, or maybe I’ve watched too many Disney princess films growing up, or it could even be my anticipation in watching the new Netfix series, The Crown, in which the political rivalries and romance of Queen Elizabeth II's reign are explored. Either way, there are only 26 monarchies in the world and Britain just happens to be the most widely known (most likely due to a little thing called the British Empire).

Well this past September, Queen Elizabeth became the longest reigning UK Monarch, surpassing her great-great grandmother Queen Victoria. You can imagine Queen Elizabeth has many stories to tell in her 63 years in power. Here are a few interesting facts about The Queen:

If you’re interested in learning more about The Queen, here are a few items you should check out in our catalog:

Elizabeth the Queen: The Life of a Modern Monarch by Sally Bedell Smith (ebook)

Drawing on numerous interviews and never-before-revealed documents, acclaimed biographer Sally Bedell Smith pulls back the curtain to show in intimate detail the public and private lives of Queen Elizabeth II, who has led her country and Commonwealth through the wars and upheavals of the last sixty years with unparalleled composure, intelligence, and grace.

In Their Own Words: Queen Elizabeth II (DVD)

Follow Queen Elizabeth II's remarkable life, from her youth to her uncle Edward VIII's stunning abdication, and her father's coronation as King George VI. She defines the role of a modern monarch, leading the Royal Family and her subjects through the challenges of post-war reconstruction, decolonization, conflicts in South Africa, Northern Ireland and The Falklands, and the difficult days after Princess Diana's death.

Game of Crowns: Elizabeth, Camilla, Kate, and the Throne by Christopher Andersen (Book)

A moving and compulsively readable look into the lives, loves, relationships, and rivalries among the three women at the heart of the British royal family today: Queen Elizabeth II, Camilla Parker-Bowles, and Kate Middleton.

Young Elizabeth: The Making of the Queen by Kate Williams (Book)

Kate Williams reveals how the 25-year-old young queen carved out a lasting role for herself amid the changes of the 20th century. Her monarchy would be a very different one to that of her parents and grandparents, and its continuing popularity in the 21st century owes much to the intelligence and elusive personality of this remarkable woman.

The coronation of Elizabeth II was an enormous logistical operation, and an event of huge cultural significance. Now, using hitherto unseen archives and with co-operation of the Palace, the diaries and papers of those at the heart of the planning are opened up to reveal the behind the scenes story of the Coronation. 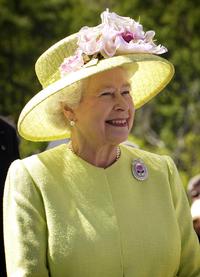