It's been almost a year since pop pioneer and provocateur David Bowie passed away at the age of 69, presumably rocketing off past outer space and transmogrifying into some other otherworldly interstellar infinity.

As I wrote about on this blog last year, Bowie had a special connection with The City of Brotherly Love and Sisterly Affection—his landmark recording sessions at Sigma Sound Studios that would produce the Young Americans album; the "Bowie Kids" who followed him around town like the Pied Piper-turned-Rock Star, and his legendary Tower Theater performances in 1974 that would be released as the David Live album. These are just a few of the gifts, all-nite anecdotes, and love that Bowie gave to Philly.

And now Philly plans to give back.

As decreed by Mayor Jim Kenney himself, January 6 - 14, 2017 will hereby be known as Philly Loves Bowie Week!

Events around the city over the next nine days range from Bowie-inspired beer tastings, art shows, musical tributes, karaoke, movie screenings, stargazing (at the Franklin Institute, natch!), dance parties, a snowy skate, and an actual memorial on January 10. The week-long celebration of Bowie's life will also help raise awareness and funds to help benefit cancer research in his memory through Children’s Hospital of Philadelphia.

The Free Library will have—much like David Bowie—a way with words during our own special event. On Thursday, January 12 at Parkway Central Library, you’ll hear what Bowie means to crafters of words and music, and our librarians will also share special Bowie resources from our collections. Plus, Drexel Audio Archives Director and Associate Professor, Toby Seay, who oversees the Young Americans tapes housed at the university, as well as Sigma Sound engineer Peter Humphries, the assistant sound engineer who worked on the Young Americans album, will also be featured in this scholarly show and tell!

Here are some tunes to crank up as you get glittered up tonite and keep you dancing the whole week through...

and don't forget to check out our catalog for Bowie books, music, and movies or take home one of Bowie's favorite reads! 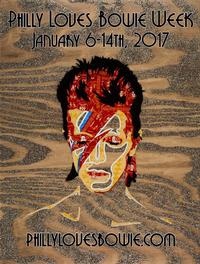 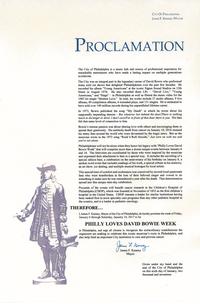 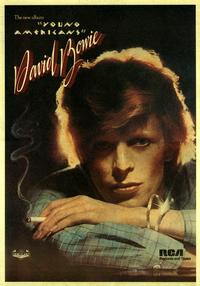 David Bowie's Young Americans album, recorded at Sigma Sound Studios in Philadelphia, 1974
1 Comment | Add a Comment
WOW! This is really cool news! And thanks for the great list of resources to feed the Bowie craving. Great post!
Doctor Darling