The Richest Man in America

In the spring of 1776, the British began a blockade of American ports, throwing coastal shipping into disarray and sending many captains back to the more secure European routes. But a young French captain, Stephan Girard, saw an opportunity. He slipped up the Delaware River into Philadelphia on the eve of revolution and spent the next few years risking his ships and his livelihood supplying the revolutionaries. On October 27, 1778, Girard officially became an American and also pledged an oath of allegiance to Pennsylvania. By the end of the war, Girard was a wealthy man.

By the summer of 1793, Girard had expanded his shipping business with routes to China and South America and become the largest landowner in Philadelphia. But in August 1793, he put his life on the line. Yellow Fever had devastated the city. 40% of the population, just about everyone who could afford it, had left the city, including Washington and the members of the continental Congress, and Governor Mifflin and Pennsylvania government. But Girard stayed. He took charge of Bush Hill, a mansion converted into a hospital by the city. He recruited volunteers and worked side by side with them to care for the sick and bathe and bury the dying. He spent much of his fortune providing good food and clean beds to aid in recovery. By the end of October the epidemic had abated, leaving 5000 dead (10% of the total population). Stephen Girard was celebrated as a hero by the leaders of the city, but he did not stop there. When Yellow Fever returned in 1797, he once again devoted himself to caring for the victims.

In February 1811, the First Bank of the United States lost its charter when Congress failed by one vote to renew it. Stephen Girard, its largest shareholder, bought the bank and all its assets, and started to build yet another fortune.

During the Fall of 1813, war with Britain forced the new United States to the verge of bankruptcy and surrender. In desperation, the government issued $16 million in bonds, but was only able to sell $6 million. Secretary of the Treasury Albert Gallatin turned to Girard, who pledged $8 million—everything he owned—to keep the government afloat.

By 1820, Girard was over 70 but still taking risks and building wealth. He bought land in Schuylkill and Lehigh Counties, as well as in Kentucky, and began to mine coal. He built canals and railroads to transport his coal to Philadelphia where it was sold to a growing number of manufacturers, some of them financed by his banks. He sold the remaining coal to manufacturers around the world and transported it on his ships. Since 1800, he had been the richest man in the United States and perhaps the richest in the world. But he was still working and building and thinking about the future.

On December 26, 1831, Girard died and his will shocked the nation. The bulk of his estate, some $7 million, was given to build and endow Girard College, a boarding school for poor white orphan boys. At a time when only the wealthy received any education, this was a scandalous idea. Girard’s relatives contested his will and the case went to the Supreme Court, which upheld the will. Girard College and its endowment are still in operation, now housing and educating boys and girls of all races. Over 30,000 graduates have benefited from Girard’s wealth. 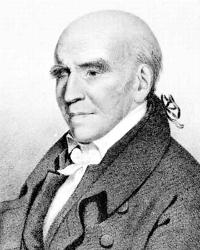 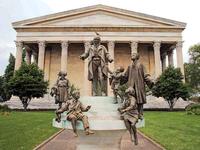