A History Minute: The Fortunes of Philadelphia - The Trolley Kings

Mid-19th century Philadelphia was booming. Its factories produced iron and steel, locomotives and textiles, and finished goods of all kinds. Immigrants and citizens alike flowed into the city to fill new jobs. The 1854 Act of Consolidation expanded the city’s territory from its original 2 square miles to almost 130, allowing its burgeoning population to spread out into rowhouses rather than up into tenements as in New York. As the city spread out, transportation became an issue and streetcars became big business. No one profited more from this situation than Peter Widener and William Elkins.

Peter Arrell Brown Widener was born in Philadelphia in 1834, a descendant of 16th century German immigrants. He was apprenticed to a butcher and saved enough money to open his own shop at the end of his apprenticeship. He soon opened more shops and became involved in local politics. These political connections enabled Widener to secure a lucrative contract to supply meat to Union troops during the Civil War. By war’s end, he had earned $50,000. which he invested in the construction of street car lines and in building homes adjacent to the lines. In the beginning, the streetcars were drawn by horses and relatively inexpensive to run, but as the lines expanded they were converted first to cable, then to electric trolleys. This required a substantial investment. In 1873, Widener and William Elkins pooled their resources to form the Elkins-Widener Syndicate, and later the Philadelphia Traction Company, to meet the increasing needs of commuters.

William Lukens Elkins was born in Virginia in 1832 and moved to Philadelphia at age eight. After public school, he worked as a clerk in a general store, saved his money, and set up as a produce merchant. He used the profits of this business to invest in oil production, eventually selling his oil company to Standard Oil and investing in gas and gas plants. In 1873, he joined Peter Widener in the Elkins-Widener Syndicate, which eventually controlled more trolley lines than any other in the country. It also invested heavily in electric lighting and power companies nationwide.

By 1900, Peter Widener was worth over $100 million (close to $3 billion today), making him the richest man in Philadelphia. He commissioned architect Horace Trumbauer to build a 110 room mansion named "Lynnewood Hall" in Elkins Park, as well as the Widener Building at 12th and Chestnut, the Racquet Club at 16th and Locust, and the Ritz-Carlton Hotel at Broad and Walnut.

Widener and Elkins were friends as well as business associates, and Elkins’ daughter Eleanor married Widener’s son George. George, Eleanor, and their son, Harry, a graduate of Harvard, visited Europe in 1912 and returned aboard the Titanic. George and Harry put Eleanor on lifeboat #4, but they went down with the ship. Eleanor commissioned Horace Trumbauer to build the Widener Library at Harvard in her son’s memory. 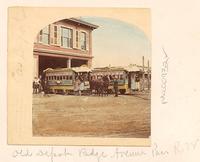 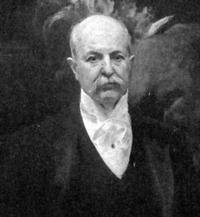 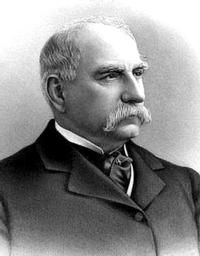