James Forten was born in Philadelphia in 1766, a free African American and the grandson of slaves. At age 9, after his father’s death, Forten helped support his family by working for Robert Bridges, a sail maker. During the Revolutionary War, he served as a powder boy on a colonial privateer and then returned to the sail making shop where he became foreman at age 20. He took over the shop at Bridges' retirement and became known for his innovative production methods. By the 1830s, Forten employed nearly 40 workers and had an estimated fortune over $100,000 (over $2,200,000 today). He devoted his life and fortune to abolitionist causes, helping to organize the American Anti-slavery Society in 1833 and founding the American Moral Reform Society in 1837. Thousands of people, both black and white, attended his funeral in 1842. Forten’s children and grandchildren continued the fight for civil rights throughout the 19th century.

Stephen Smith was born into slavery around 1795 and sold to Thomas Boude of Columbia, PA. Smith went to work in Boude’s sawmill and learned every aspect of the lumber business from cutting timber to transporting finished boards. He was managing the business by age 20 and at 21, purchased his freedom for $50. Smith established his own lumber business with a partner, William Whipper. The business prospered, making Smith a target during the riots that followed Nat Turner’s rebellion. This prompted Smith to move his family to Philadelphia, leaving Whipper to manage the business in Columbia. It was only after the Civil War that Smith admitted that he and Whipper had used their canal and railroad network to transport hundreds of escaped slaves to freedom. After the war, Smith established the Stephen Smith Home for Aged and Infirm Colored People (HAICP) to care for freed slaves who were too old to work. Smith continued to build his fortune by investing in Philadelphia real estate. He was ordained in the African Methodist Episcopal Church and helped fund the Zion Mission Church at 7th and Lombard. In 1865, his net worth was estimated at $500,000 (over $13,000,000 today). At his death in 1873, most of his estate was left to the Stephen Smith Home. 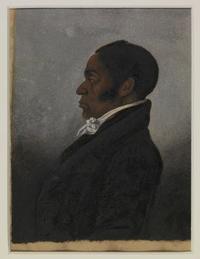 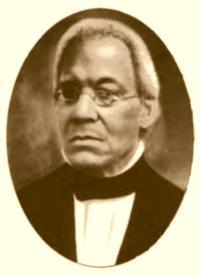 marker at 1050 Belmont Avenue, Philadelphia
8 Comments | Add a Comment
Thanks For The Information = Nice Pieces Of Golden Nuggets
Alfred R. Sheppard - Philadelphia, PA
Thank you Sally for your wonderful contribution to Advancing Literacy, Guiding Learning, and Inspiring Curiosity. I certainly learned something new today because of your service!
kenn manns - philadelphia
Do you have any information about the Armstrong League, the Philadelphia Afro-American United Way? For many years, PCI branch had a book that told about the Armstrong League. It seems to have disappeared. Thank you for your very interesting article. Cirel Magen
Cirel and Howard Magen - Philadelphia
Thank you Sally for the history. I learned something new because of your knowledge.
Balorie - Philadelphia, Pa
Great post! For more information on James Forten, you can borrow from the library James Forten: Liberty's Black Champion by Julie Winch.
Juanita Vega DeJoseph - Philadelphia
Thank you so much for the article on early African-American Philanthropists. Wonderful! Learned something new!
Sherry Stone - Philadelphia
Wonderful to learn the origin of the Stephen Smith home!
V. Tyson - Philosopher
Cirel and Howard, thanks for mentioning the Armstrong League. I believe you are referring to the Armstrong Association which was formed in the early 20th century to help the large numbers of African Americans living in cities. It's a good topic for a future blog post. The Armstrong Association became the Urban League of Philadelphia in 1957 when it affiliated with the National Urban League.
Sally F. - Philadelphia