So... I love Star Wars. I have always loved Star Wars. My friends and I would routinely marathon Star Wars, The Empire Strikes Back, and Return of the Jedi at sleepovers when we were younger. (Or maybe we still do - who among you will judge me?) So, for fans like me, May 4th is a special day - it's Star Wars day! Why do you ask? Well, if you say "May the 4th" out loud it sounds an awful lot like "May The Force"—as in May The Force Be With You—one of the all-time iconic movie lines of the Star Wars franchise (and I would argue of all time).

In a trade paperback collection of comics, we follow Princess Leia, the original self-rescuing space princess, in her fight against the dark forces of the Empire and her search for what it means to be a leader and a ruler when your home no longer exists. I really enjoy the pacing and action in these comics—and really, can there ever be enough Princess Leia?

Fans have long wondered what happened to Ahsoka after she left the Jedi Order near the end of Clone Wars and before she re-appeared as the mysterious Rebel operative Fulcrum in Rebels. Finally, her story will begin to be told. Following her experiences with the Jedi and the devastation of Order 66, Ahsoka is unsure she can be part of a larger whole ever again. But her desire to fight the evils of the Empire and protect those who need it will lead her right to Bail Organa and the Rebel Alliance.

The movie novelization of Rogue One: A Star Wars Story features an unlikely band of allies bent on taking down the Empire: Jyn Erso, a resourceful young woman seeking vengeance; Cassian Andor, a war-weary rebel commander; Bodhi Rook, a defector from the Empire's military; Chirrut Imwe, a blind holy man and his crack-shot companion, Baze Malbus; and K-2SO, a deadly Imperial droid turned against its former masters. In their hands rests the new hope that could turn the tide toward a crucial Rebellion victory—if only they can capture the plans to the Empire's new weapon.

Looking for other ways to celebrate May the 4th? Check out starwars.com/may-the-4th for video messages from cast members, special May the 4th events, and even Star Wars themed snack ideas (Yoda sushi, you guys!) Did I miss your favorite Star Wars title? Let me know in the comments! 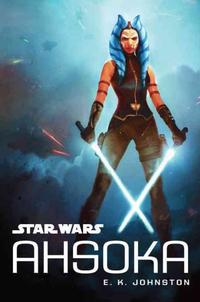