Oh how I love this question. Mystery readers can be a difficult group to please. The books recommended have to have the right combination of elements – the author has to play fair and give the reader a chance to match wits with the detective; the book has to be engaging so that the reader cares about the problem and finding the solution; the book has to be relevant to readers; and it’s always a treat when the book goes beyond pure entertainment value and helps the reader learn a little something.

Taking into account all these factors, the question of what to read becomes even more complex when the book is for a child. Children are not afraid to tell you (in depth) why your choices are wrong. As someone working in Children’s services, I THRIVE on the openness and honesty of that relationship.

So what do I recommend when that question is asked? Let’s look at some choices:

For Middle Schoolers, I don’t think there’s a better mystery series than the Enola Holmes series by Nancy Springer. Enola – the younger sister of Mycroft and Sherlock – lives with their riddle-loving mother in the country until her mother mysteriously goes off to live with traveling gypsies. Mother Holmes left clues around their house to help Enola find money to support herself.  When Sherlock and Mycroft learn of their mother’s flight, they immediately want to send Enola off to a finishing school, where she’ll become a lady – or to Enola, she’ll become nothing more than window dressing in a rich man’s house. Armed with her sharp wits, a family talent for disguise and a purse of money, Enola escapes to London where she helps the less fortunate and under-heard populations of the city while avoiding her brothers and their Victorian views of women in society. This is a fantastic mystery series and one of my favorite series overall. The plots are incredibly well-written and have the perfect combination of action, mystery, and the occasional historical figure. Readers will learn about the rights (or lack thereof) for women at the time, making this a great read and a chance to learn more about history.

For Elementary School Readers, I love recommending the Clubhouse Mysteries series by Sharon M Draper. This is a fun series that follows the adventures of Ziggy and his friends Rico, Rashawn, and Jerome – or as they’re collectively known: the Black Dinosaurs. (Fun Fact: The series was originally published under the series title "Ziggy and the Black Dinosaurs" but was renamed with the latest edition.) The group calls themselves that after forming a club in Ziggy’s backyard and accidentally discovering a box of old bones. Like Enola Holmes, this series entertains readers with exciting mystery plots while simultaneously stimulating their curiosity of what facts (and cultures) are recorded in history, and which ones aren’t. African-American and Native-American cultures are discussed thoughtfully in the first book in the series, The Buried Bones Mystery.

For new readers, or readers who still love a storytime, why not try the I Spy books? There’s not a plot associated with these books, but there is a mystery – can you find all the hidden objects on the page? I Spy is a fun and interactive way to help build vocabulary and word associations. There are a lot of titles in the series, so young readers will have chance after chance to test their observational skills. The books can also be used competitively: Who can spot the most objects in a set amount of time? Use the I Spy books to start conversations about the importance of literacy (and have fun while doing it).

What are your favorite mysteries? Let me know in the comments below!

Our We the Detectives exhibition continues with Clever Criminals and Daring Detectives at the Rosenbach and Becoming the Detective: The Making of a Genre in Parkway Central Library's Rare Book Department. Check out the exhibitions now through September 1!

Plus, experience the GUMSHOE immersive adventure by New Paradise Laboratories using your mobile phone any time, now through September 1.

Book one of the Enola Holmes Mysteries: The Case of the Missing Marquess 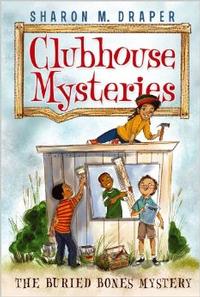 Book one of the Clubhouse Mysteries: The Buried Bones Mystery 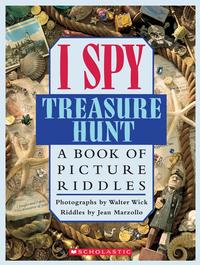 One of the I Spy series: Treasure Hunt
Add a Comment