Election Day is Tuesday, November 7th throughout the state of Pennsylvania. During this general election, Philadelphians will elect both a new District Attorney and City Controller, as well as:

Also on the ballot:

Polls open at 7:00 a.m. and will remain open until 8:00 p.m.
Various institutions, including schools, recreation centers, and libraries, will serve as polling places. If you need to find your polling place, check your voter registration status, or research the candidates, please visit the The Committee of Seventy's comprehensive website.
(note: The Committee of Seventy, which is a non-partisan and nonprofit organization, does not endorse any specific candidate or special interests.)

Do you know why we vote on the first Tuesday after November 2?

The answers lie in history:

Help to Make a Difference—VOTE! 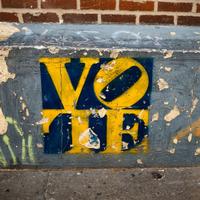