The Final Word with Michael Solomonov

The Israel-born, Pittsburgh-raised chef is now claimed by Philadelphia as a favorite culinary son. As executive chef and co-owner of Zahav, a restaurant of international renown that celebrates Israeli cuisine, Michael Solomonov has "walked gingerly" into "the age of the rock-star chef/entrepreneur," says Philadelphia Magazine. A four-time James Beard Award winner, he co-owns Philadelphia’s Federal Donuts, Dizengoff, Abe Fisher, Goldie, and the philanthropic Rooster Soup Company, which donates 100 percent of its profits to support Philadelphia’s most vulnerable citizens. Together with business partner Steven Cook, co-founder of CookNSolo Restaurant Partners, they penned the cookbook Zahav: A World of Israeli Cooking and the new culinary chronicle Federal Donuts: The (Partially) True Spectacular Story, which tells the story of one of Philadelphia’s now famous food pairings: fried chicken and donuts.

What role have libraries played in your life? What role do you think they play in our 21st-century world?
With the way that we catalog our lives constantly in flux, libraries are that rock-steady resource for every age. They’re the backbone. And especially now that I have young kids, they’re an indelible part of our community.

Fried Chicken and donuts is a delicious, some say genius, pairing. What food and drink pair best with curling up in your favorite reading nook?
Ideally, I would crush a couple bourekas [baked filled pastries with flaky dough] with Bulgarian feta. And since I don’t drink (but even if you do), a lemonnana [mint lemonade] or turmeric lime soda (toss some cucumber and cilantro in there if you have on hand) are both as delicious as they are refreshing.

Zahav, Dizengoff, and Goldie all have a distinct Israeli flair. Why do you think there has been such an appetite for these cuisines in Philadelphia?
People are increasingly interested in where their food comes from. And as this trend becomes not just a trend but a mentality that’s here to stay, I think people are relating to Israeli cuisine more and more, since the food of Israel is an ultimate representation of such. The food in Israel is harvested right there—it’s accessible, it’s as fresh as it gets, and the flavors are different. All things that whet Philadelphians' appetites.

You’re rumored to have taken members of your staff sky diving. Why?! Is this a secret ingredient to your restaurants’ success?
Life’s too short to not go on a slightly insane adventure every once in a while.

This story was originally featured in our Fall 2017 issue of Off the Shelf, a biannual publication with news and features from across the Free Library of Philadelphia system. 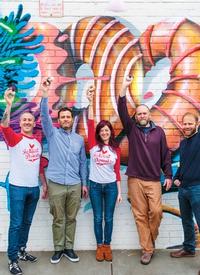 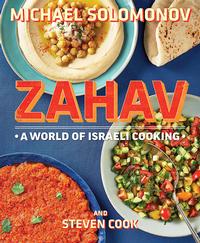 Zahav: A World of Israeli Cooking
Solomonov and Cook's new book tells the "hole" story of all "Fednuts"
Add a Comment