Oscars 2018: From Book to Screen and Back Again

Another year, another Academy Awards. This Sunday, March 4 marks the 90th(!) Oscars ceremony, sure to have plenty of pomp, pageantry, and now more than ever, politics.

Some will tune in for the glamour, some for the gossip. Some will throw parties, while others may try to win it all and make a quick buck in an office pool.

Oh yeah, and then there are the films too!

And where do those silver screen stories come from? Mostly from adaptations, which earned nominations in 15 of the 24 award categories, including everything from Best Picture to Makeup and Hair.

Here at the library, we want to put the spotlight on those authors who created these great stories and characters. So without further adieu, check out the following list of this year's nominated films that were adapted from books (and some that are even sequels to remakes)!

Nominated for Best Actor in a Supporting Role (Christopher Plummer)
All the Money in the World
Adapted from Painfully Rich: The Outrageous Fortunes and Misfortunes of the Heirs of J. Paul Getty by John Pearson

Ferdinand
Adapted from The Story of Ferdinand by Munro Leaf, illustrated by Robert Lawson

Nominated for Best Adapted Screenplay
The Disaster Artist
Adapted from The Disaster Artist by Greg Sestero, which recounts the making of the cult classic, so-bad-it's-good film The Room and it's driving creative force, Tommy Wisneau.

Logan
Adapted from and based on characters created by Roy Thomas, Len Wein, and John Romita, Sr. in Marvel Comics.

Nominated for Best Makeup and Hairstyling
Wonder
Adapted from Wonder by R.J. Palacio

And if you're anything like me, you have a lot of catching up to do with your to-read and to-watch lists, so let us help you—browse our catalog for Criterion Collection films, Best Picture-winning films from years past, and after this year's Oscars, place holds on all the nominated and award-winning films that you want to watch! 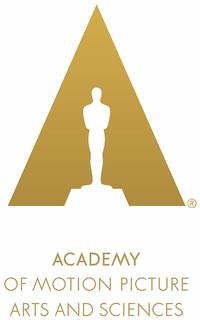