Brenda Jackson was the first African-American author to make the New York Times Best Seller list in the Romance series category. Publisher’s Weekly has called her "a master" and USA Today has described her as "the indomitable Brenda Jackson."

Most recently, Ms. Jackson has published her 120th book. Hear her discuss her amazing life and work with host Phoebe Judge in "Episode 3: Always Tomorrow" of the This Is Love podcast. Ms. Jackson talks about her early days in corporate America working for an insurance company, her struggle to find a publisher long before the industry acknowledged that there was a market for love stories with African-American characters, and her own real-life love story that is the basis for all of her books. [Content note: Ms. Jackson reads a few lines from a love scene in one of her books that some may consider a bit NSFW.]

The Free Library has 142 books by Ms. Jackson in hardback, paperback, ebook, and audiobook formats. Below are the top five most popular books by Brenda Jackson here at the Free Library, with links to the print editions in our online catalog. 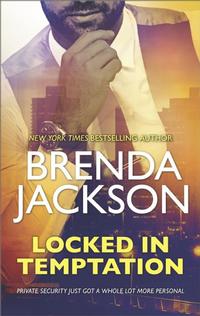 Locked in Temptation
Police detective Joy Ingram's connection to elite security expert Stonewall Courson is instant. Undeniable. Electric. But her commitment to protect and serve has always come first. Everything else is secondary—especially when she uncovers an underground surrogate baby-making ring. Joy can't risk a distraction during the most important case of her career, not even one as sexy as reformed ex-con Stonewall. There are few things Stonewall values more than a strong woman. But when Joy's investigation draws her into a deadly conspiracy that goes deeper than she ever imagined, he must convince her that he's the best man to protect her. And while he puts his life on the line to save hers, the insatiable attraction between them becomes the one danger neither of them can escape. 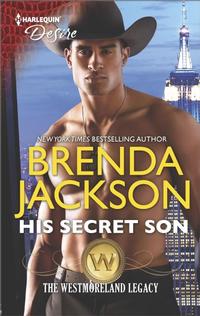 His Secret Son
The Texas rancher and navy SEAL who fathered Bristol Lockett's son died a hero's death... or so she was told. Yet when Laramie "Coop" Cooper strolls into her exhibit at an art gallery three years later, he's very much alive—and still making her pulse zing. The all-consuming chemistry between them is as undeniable now as it was then, but Bristol won't risk her heart—or their son's. Little does Bristol know he's determined to win over his unexpected family at any cost. 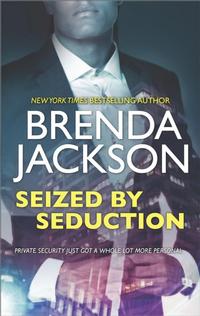 Seized by Seduction
From the moment his eyes meet hers across the crime-scene tape, ex-con turned bodyguard Quasar Patterson knows he has to see the mysterious Dr. Randi Fuller again. She's a renowned psychic investigator who can foresee danger for others, but not for herself. That makes Quasar doubly determined to watch over her—the closer, the better—as she's drawn into a dangerous gang rivalry. 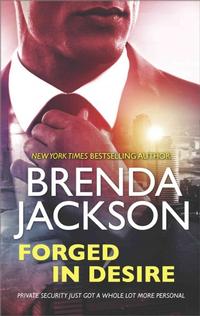 Forged in Desire
When good girl Margo Connelly becomes bodyguard Lamar "Striker" Jennings' latest assignment, she begins to wonder if the temptation of her alluring protector is more dangerous than the gangster targeting her. 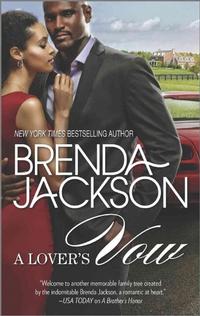 A Lover's Vow
Business mogul Dalton Granger is as passionate as he is gorgeous, but private investigator Jules Bradford won't give him the time of day. She knows all about the youngest Granger brother—a charming bad boy whose only interest is playing the field. But Dalton is more complicated than that, and he's determined to show Jules that behind all the bravado is the honest heart of a devoted son, brother... and a man whose own life is in peril. Jules is the only person who can protect Dalton, and they embark on a mission to save his family and his legacy. But when their late nights in the office turn into early mornings in the bedroom, Jules and Dalton soon realize they have more at stake than they ever imagined.

Brenda Jackson
1 Comment | Add a Comment
I've read all of these books. My favorite book of all is A Lover's Vow. I love me some Dalton. I love all of her books.
Sylvia M. Bailey - Washington