Does the "O" in October ever remind you of a hot, bubbling, scrumptious pizza? If it does, maybe that’s because October is National Pizza Month! We just observed International Pizza and Beer day last week—a perfect pairing if ever there was one—but there are plenty of other great cookbooks about how to bake that saucy, cheesy, universally beloved delight, but you might be surprised how many other slices of the Dewey Decimal pie contain a pizza book (and movie) or two!

How did pizza grow from a poor person’s snack in Naples into the only food so fun it gets a type of party named after it? You can read the whole story in Pizza: A Global History – and if you’re hungry for a second helping of pizza culture, check out Pizzapedia, a copiously illustrated reference book that gives the deep dish on all things pizza. 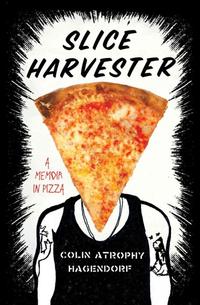 Pizza toppings sliding into your lap is a hot mess – and so was punk rock bad boy Colin Atrophy until he decided to start a blog posting his reviews for every pizza place in Manhattan. His memoir Slice Harvester tells the story of how that enviable task got his life together. 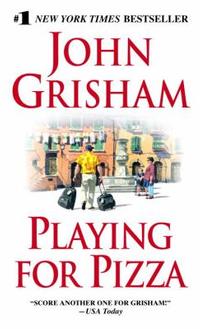 Do you like your pizza with peppers, onions, and pigskin? In John Grisham’s whimsical novel Playing For Pizza, a washed-up quarterback for the Cleveland Browns finds a second chance playing American-style football for a team in, of all places, Parma, Italy. 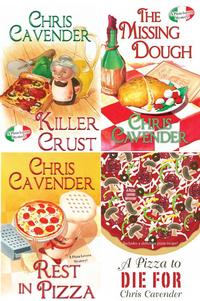 And if you can’t stop at just one slice of pizza page-turners, mystery writer Chris Cavender has written many pizza-themed whodunits like Killer Crust, The Missing Dough, Rest in Pizza, and A Pizza to Die For. 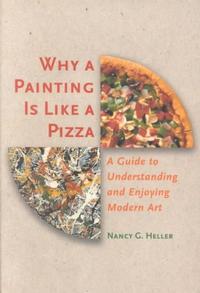 If the splatter of a Jackson Pollock painting reminds you of a large pizza with extra cheese, art historian Nancy Heller totally understands. Her art appreciation book Why A Painting Is Like A Pizza explains how visual art can be mouthwatering, too, and how you don’t have to like the same toppings as “the experts” to still enjoy a hot slice. 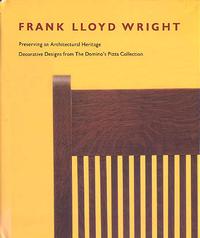 Did you know Domino’s Pizza founder Tom Monaghan is obsessed with Frank Lloyd Wright? He’s spent over $14 million collecting furniture, stained glass, and many other objects designed by the legendary architect, and you can see some of his unprecedented collection in this catalog Frank Lloyd Wright: Decorative Designs from the Domino's Pizza Collection. 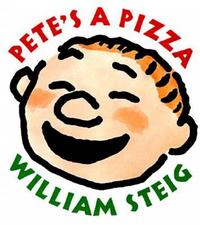 There are so many fun picture books about pizza that it’s hard to pick a favorite, but one contender is definitely William Steig's Pete’s a Pizza, a giggly book about a rainy day make-believe game between dad and son. 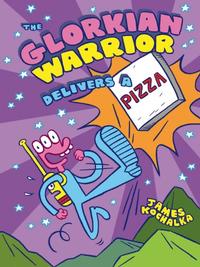 And if your tastes are a little more middle school, you’ll appreciate The Glorkian Warrior Delivers a Pizza, by delightfully immature graphic novelist James Kochalka. 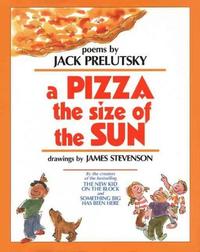 Euterpe was the muse of lyric poetry, but is there a muse of pizza? Whoever she is, she's inspired children’s poet Jack Prelutsky to title this poetry anthology A Pizza The Size of the Sun. (He's also written a how-to book for budding poets called Pizza, Pigs, and Poetry: How to Write A Poem.)

But save room for dessert pizza! The Free Library has DVDs of some great pizza movies, including Do The Right Thing (Spike Lee's masterpiece set in and around a Brooklyn pizza parlor)
warning: NSFW language

30 Minutes or Less (a dark comedy/suspense thriller based on the real-life "pizza bomber" case),

The Bicycle Thief (an Italian Neo-Realist classic where father and son on the run stop for an authentic Neapolitan pie),

And Spaceballs (a Star Wars parody where the villain is Pizza the Hutt!)

Do you know another pizza book? Another pizza movie? Or just a great lead on where to get the best slice in Philly? Drop us a note in the comments below! 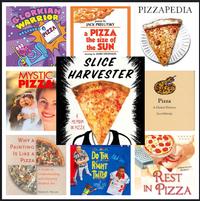 National Pizza Month is celebrated every October
Add a Comment