First Ladies, In Their Own Words

The position of First Lady is a unique one in American government. It’s not a democratically elected position, but the office holds a great deal of cultural clout, and the women who occupied it have been deemed significant enough for the U.S. Mint to honor them on a $10 coin series, making them the most populous group of women depicted on American currency.

The wives of United States' Presidents have all approached the position on their own terms, and their choices about how to best use the platform reflect on the expectations of their era, the dynamics of their relationship with their husband, and their own convictions about life, America, and a woman’s place. Whether you agree with the policies of their husband’s administration – or even their own outlook on America and life – the experiences of First Ladies are an overlooked window seat on history. And one of the best ways to get inside that experience is by reading some of their autobiographies available at the Free Library. 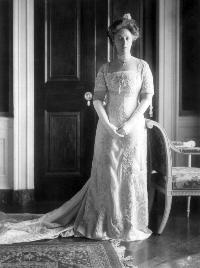 Helen Herron "Nellie" Taft took a more traditional hostess and mother role as wife of William Howard Taft (in fact, she was so formal that she only refers to her husband as "Mr. Taft" in her autobiography Recollections of Full Years), but that doesn’t mean she wasn’t up for adventure. She devotes only 70 pages of her 395-page memoir to life in the White House. Most of the book is about her travels in what was then called "the Far East, Latin America, and Western Europe," as a pre-presidential Taft served the State Department in gubernatorial appointments in Cuba and the Philippines, and where she had adventures like this:

Surf-riding at Waikiki is a great game. In the first place the surf there doesn’t look as if any human being would dare venture into it, but when you see a beautiful, slim, brown native, naked save for short swimming trunks, come gliding down a high white breaker, poised like a Mercury, erect on a single narrow plank – it looks delightfully exhilarating. It took me some time to make up my mind, but after sufficient persuasion I finally decided to risk my life with the others.

But another passage unwittingly reveals how insulated her privileged life remained, as she grumbles about a lonely Christmas in the Philippines without noticing how Filipinos have the longest and most celebratory Christmas season in the world:

The "Christmas spirit" does not thrive in a temperature of eighty-odd degrees, and I think I would have taken little interest in preparations for the holidays had not my children been there to remind me that Christmas is Christmas no matter what the thermometer may say about it . . . it was almost pathetic to see them trying to defeat the climate through sheer force of their imaginations. 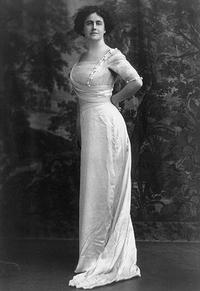 Edith Wilson had a very different experience as a First Lady, but then again, she was a very different woman. Woodrow Wilson met and wooed the feisty and irrepressible widow during his presidency, and they married after a whirlwind romance. His advisors didn’t like her and tried to derail their love affair, forcing a scandal by threatening to release juicy letters from his old flame. When news reached Edith, she had a moment of reflection, as recounted in My Memoir:

When [the man who informed me of the letters] was gone, I sat for hours thinking, thinking, when, as suddenly as the blow had fallen, its weight lifted, and I saw things in their true proportions. It was our lives that mattered, not politics, not scandal. If I did not care enough for the man to share his misfortunes, his sorrows, then it was a futile love! I would glory in standing by when the world scoffed and doubted, for in the end he would triumph and vindicate my trust.

The two were very close companions, so much so that she screened his mail. He granted her access to classified documents and wartime codes, and insisted she sit in on meetings and trusted her often barbed judgments. After she took absolute control of access to the President during his 17-month convalescence after a serious stroke, she was rumored to have taken over the Presidency in an opportunistic power grab, a claim she denies in her memoir as slander and jealousy:

So began my stewardship. I studied every paper, sent from the different Secretaries or Senators, and tried to digest and present in tabloid form the things that, despite my vigilance, had to go to the President. I, myself, never made a single decision that was mine was what was important and what was not . . . Upon all sides I was literally besieged by those who "must" see the President. But I carried out the directions of the doctors – and my heart was in it. Woodrow Wilson was first my beloved husband whose life I was trying to save, fighting with my back to the wall - after that he was the President of the United States. 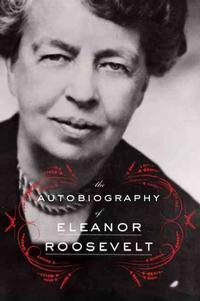 After Edith Wilson, the next most powerful First Lady was Eleanor Roosevelt. The full scope of her accomplishments as a diplomat, progressive activist, and United Nations delegate deserve a separate blog post, so we can’t even scratch the surface here (although the curious can certainly check out her three autobiographies collected in one volume.) Her example started the tradition of a First Lady taking on a special project, from Jackie Kennedy’s restoration of the White House...

to Betty Ford’s candid revelation that she had undergone a mastectomy, destigmatizing talk about breast cancer in the public sphere. 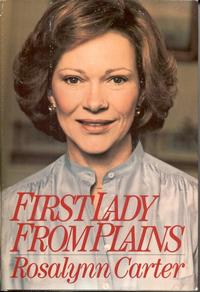 But the official Office of the First Lady was not established until Rosalynn Carter did so, continuing the championing of women’s rights that Betty Ford had begun. As she writes in her autobiography First Lady from Plains:

I am a relatively traditional person and enjoy my roles as wife and mother, but it has also been natural and essential for me to expand my life and to participate outside the home as a partner and businesswoman and in public service as First Lady . . . I remember one special evening at the White House, a reception for the President’s advisory committee, women appointees and officials, activists, and legislators from all over the country who were working for the ERA. . . "Welcome to your house," I found myself saying. "This house belongs to all Americans – and that means more than half of it belongs to women. The crowd roared its approval, and I couldn’t have been more proud to have been a part of it." 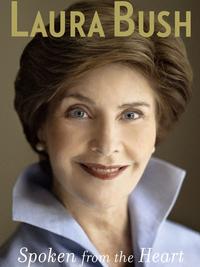 Laura Bush loved to read and became an elementary school librarian – so it’s not surprising she chose literacy and education as one of her special projects. On the morning of September 11, 2001, she was set to meet with Ted Kennedy and the Senate Education Committee to brief them on the conclusions of an early childhood development conference she’d organized. But after the attacks on the Pentagon and the World Trade Center, the briefing was postponed in the chaos – and as she remembers in her memoir Spoken From the Heart, a journalist asked her:

"Mrs. Bush, you know, children are kind of struck by all this. Is there a message you could tell to the nation’s –"
I didn’t even wait for him to finish but began, "Well, parents need to reassure their children everywhere in our country that they’re safe. We need to reassure them that many people love them and care for them, and that while there are some bad people in the world, there are many more good people." 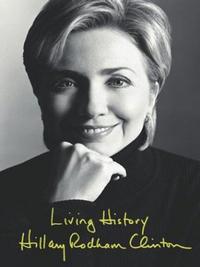 There has possibly never been a more polarizing – or more accomplished – First Lady than New York senator, Secretary of State, and 2016 Democratic nominee Hillary Rodham Clinton. Her life has already had enough material for three memoirs and four other self-authored books, and since she hasn’t slowed down in her support for Democratic causes there’s likely more books on the way. Her first memoir, Living History, is as dense, urgent, and serious-minded as a graduate school textbook condensing fifty years of American foreign policy, politics, gender theory, sociology, childhood reminiscence, inspirational philosophy, and backstage intrigue into 550 pages. But it’s still got room for humor, like this anecdote about a 1994 trip to Moscow:

It’s a good thing Bill Clinton has an iron stomach. His ability to eat anything put in front of him is one of his many political talents. I do not share his intestinal fortitude, and [Russian president Boris] Yeltsin knew it . . .
"This is it, Hillary, your special treat!" said Boris, grinning as he sniffed the pungent steam. "Mmm! Delicious!"
"What is it?" I asked as I picked up my spoon.
He paused dramatically. "Moose lips!"
Sure enough, floating in the murky broth was my own set of moose lips. The gelatinous shapes looked like rubber bands that had lost their stretch, and I pushed them around my bowl until the waiter took them away. I tasted a lot of unusual food for my country, but I drew the line at moose lips. 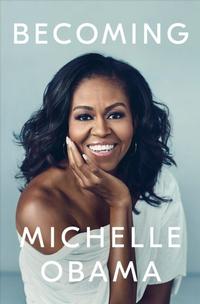 Now Michelle Obama’s eagerly awaited memoir, Becoming, will hit the shelves on November 13 (her publisher promises it’s “unusually intimate”.) If you can’t wait, we’ve got lots of biographies about the first African-American First Lady, or you can read American Grown, the gardening memoir she wrote as part of her Let’s Move! public health campaign.

Oh, and take it from Jackie K., shown here campaigning for her husband in Puerto Rico: Don’t forget to vote on November 6!

First Ladies, In Their Own Words
Add a Comment