Today, Friday, June 21, is recognized as the International Day of Yoga and organizations around the world are preparing fun ways to engage their communities through yoga practice. Many people, however, are intimidated by yoga. It is widely believed that in order to be successful at it, you have to be able to touch your forehead to your toes or balance your entire bodyweight on your index finger. Not true!

I’ve been practicing yoga on and off for almost ten years. While elements of it can be challenging, most studios offer beginner classes for the novice. For me, some of the most challenging classes have made me the most proud. There are several different kinds of yoga, but my absolute favorite is Bikram. You move through a series of 26 postures in a room heated to over 100 degrees. It is a marathon (or at least it can feel that way) as Bikram classes usually clock in at 90 minutes each. What I love about Bikram is that if I remain consistent with the practice, I find it so much easier to track the progress in my flexibility, posture, form, and breathing.

Another thing that deters people from yoga is the idea that it’s not accessible. Yoga studios can be expensive especially if you are looking to do a monthly membership. Also, yoga in mainstream media often shows thin and affluent White women in Lululemon attire going to their local yoga studios with mats in tow. Luckily, people from diverse and marginalized communities are getting involved to let people know that yoga is for EVERYONE.

In fact, did you know that the Free Library is partnering with local yoga organization Roots2Rise? This summer, Roots2Rise is offering $5 yoga classes on the rooftop of Parkway Central Library, every Saturday morning from 10:00 a.m. to 11:00 a.m., until July 20. Proceeds from the classes will go toward offering free yoga programming throughout neighborhood libraries in Philadelphia. On days where it rains, classes will take place in the main lobby of Parkway Central Library. This partnership is in an effort to make yoga and wellness education more accessible, affordable, and fun. I mean, yoga in a library is pretty cool!

Here are a few other yoga-related titles to check out from our catalog: 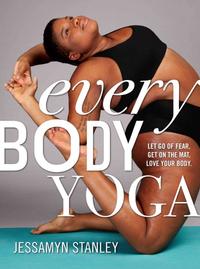 Every Body Yoga by Jessamyn Stanley
Jessamyn Stanley, a yogi who breaks all the stereotypes, has built a life as an internationally recognized yoga teacher and award-winning Instagram star by combining a deep understanding for yoga with a willingness to share her personal struggles in a way that touches everyone who comes to know her. She brings her body-positive, emotionally uplifting approach to yoga in this book that will help readers discover the power of yoga and how to weave it seamlessly into their lives. 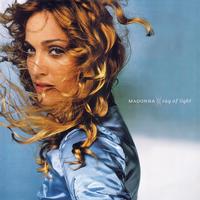 Ray of Light by Madonna
This seems random, but she has a song on this album called "Shanti/Ashtangi", the lyrics of which are a Hindu Sanskrit prayer put to an electronic bop. I once accidentally found myself in a very advanced yoga class and I was clearly struggling with the postures. Towards the end, the teacher passed out a paper with the lyrics to the very same Sanskrit prayer that inspired this song. He had the whole class chant along but everyone had to use the paper to read along. He noticed that this was the only part of the class where I was able to keep up and not even look at the paper. He looked at me bewildered. I slyly looked back at him and whispered, "Madonna. Ray of Light. Track 8." Also, this album is a classic! 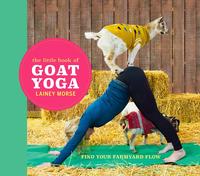 The Little Book of Goat Yoga: Poses and Wisdom to Inspire Your Practice by Lainey Morse
Because, why not? 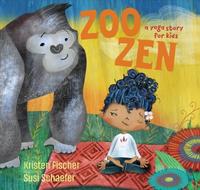 Zoo Zen by Kristen Fischer
Kids need yoga too! Many schools are beginning to teach mindfulness and one of the ways to do that is through yoga. My 5 year-old nephew (Hi, Brooks!) showed me a yoga video that his teacher has them follow in class. It combined breathing, stretching and really relaxing music. In fact, I was still following the video long after he became distracted by his Spiderman action figure.

Yoga is for EVERYONE! 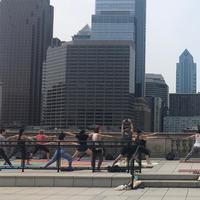 Roots2Rise yoga classes on the rooftop of Parkway Central Library, every Saturday morning from 10:00 a.m. to 11:00 a.m., until July 20!
Add a Comment