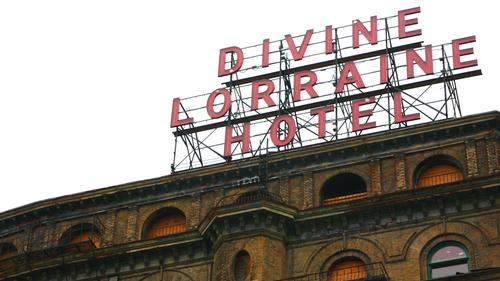 The Divine Lorraine's story is not just that of a dilapidated building brought back to glory before the wrecking ball's kiss, but a much more complicated, dramatic, and sometimes scandalous history than most Philadelphian's may know or remember. Read on to learn more about this truly interesting landmark and it's equally interesting backstory...

Father Divine and the Struggle for Racial Equality by Robert Weisbrot

Father Divine: A Case Study in Charisma by Leo Levy 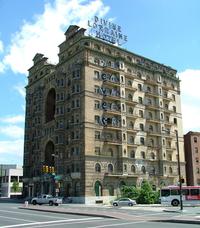 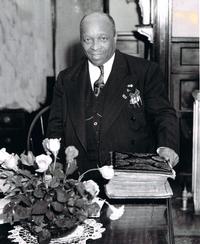 Father Divine
3 Comments | Add a Comment
A memory where I grew up that still stands.
david barbour - Philadelphia, PA
this is the most historical architectural building hotel and apartments, the feel like royal things
jamesford - Saudi Arabia
I remember a hotel or apartment building on S 40th St in University City. I don't recall the name but friends and I would eat lunch there for very little money. Does anyone know the name of that building? Many thanks.
Deb Chong - Philadelphia