Hey, library lovers! Another Banned Books Week is upon us, this year extending from September 22-28, as libraries around the country join forces with the American Library Association (ALA)’s Office for Intellectual Freedom (OIF) and the Banned Books Week Coalition in support of our right to read what we want, when we want. This year’s theme is “Censorship Keeps Us in the Dark!,” and the ALA is prepared to help libraries "keep the light on!" It’s music to our library ears!

Typically held during the last week of September, this important annual campaign spotlights current and historical attempts to censor books in libraries and schools, and according to the ALA, brings the book community together in shared support of the freedom to seek and to express ideas—even those considered "unorthodox or unpopular." By drawing national attention to this issue, Banned Books Week informs the public about the dangers of censorship, which flies in the face of the mission of libraries as information hubs in their communities.

Here at the Free Library, we’ll be participating in Banned Books Week all week long, so check back here on the blog and tune in to our social media to learn more! In the meantime, below are a few ways you can help fight the fight along with us!

Read a Banned Book
Browse the lists of commonly banned and challenged titles, and grab one from your neighborhood library! Need inspiration? View some of our staff members recommendations on their favorite banned books!

Report Censorship
If you hear of a challenge at your local library, support your librarian and free and open access to library materials by contacting the Office for Intellectual Freedom (OIF).

Write a Letter to a Banned Author
This letter-writing campaign encourages readers to reach out to banned or challenged authors via letters, emails, and tweets! Or, support the power of words on-screen! The annual Stand for the Banned Read-Out invites readers to film themselves reading from a banned book or talking about censorship. 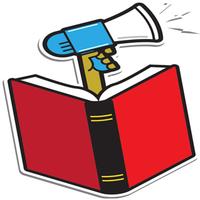 Support Your Library
We can’t carry out our mission to advance literacy, guide learning, and inspire curiosity without you, and Banned Books Week is a great time to support the Free Library! 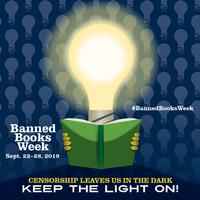 The Free Library supports your freedom to read and access information, this week and every week!
Add a Comment