Banned Books Week | What Gets Censored?

As we reach the end of our celebration of Banned Books Week 2019, I’ve been thinking about what kinds of books are typically banned in the United States these days, as well as what kinds aren't.

Every year, the American Library Association (ALA) collects and publishes the number of book challenges reported to the ALA’s Office for Intellectual Freedom, broken down by book title and the reason for the challenge. (A "book challenge" is when someone attempts to remove or restrict materials from a library or school; a ban is when the materials are successfully censored.) From 2000 to 2009, the most common reason a book was challenged was for sexually explicit material: 1,577 such challenges from across the country were reported during this nine-year period. 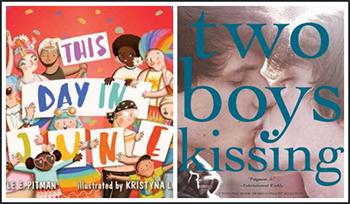 In the most recent decade, censorship has begun to focus more directly on the suppression of LGBTQ+ voices, issues, and life. Out of the top eleven most challenged books in 2018, six—more than half—were censored for their LGBTQ+ content. Two of these books, This Day in June by Gayle E. Pitman and Two Boys Kissing by David Levithan, were even burned. 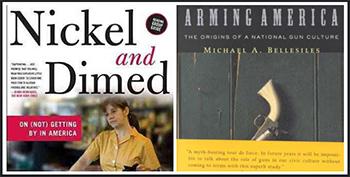 Interestingly, comparatively few books specifically about political issues have made the ALA’s Most Challenged lists in the past 20 years. Two notable exceptions stand out: Barbara Ehrenreich’s Nickel and Dimed: On (Not) Getting by in America, a nonfiction book about the difficulties of trying to live on a low-wage job, was challenged in 2010, and in both 2003 and 2004, censors attempted to remove Arming America: The Origins of a National Gun Culture, by Michael A. Bellesiles, from shelves.

Both Ehrenreich’s and Bellesiles’s books were also bestsellers, as is the case with many other challenged books: the more overall attention a book receives, the more likely it is to draw the scrutiny of a censoring force. (Bellesiles’s work also received the scrutiny of other historians, who discovered that he had fabricated significant amounts of his research; the book has since been widely discredited.) They also address topics of mainstream political discourse. This has me thinking: will the recent upsurge in news coverage of alternative political systems bring books like Black Panther leader Huey P. Newton’s autobiography Revolutionary Suicide and Karl Marx and Friedrich Engel’s The Communist Manifesto into wider readership—and onto banned-books lists? Will the #MeToo movement eventually result in the challenging of feminist classics like the work of Audre Lorde? Could we hope for more contemporary Black history on school reading lists as the result of the Black Lives Matter movement—such as Angela Davis’s Freedom Is a Constant Struggle: Ferguson, Palestine, and the Foundations of Movement—without this history being subsequently censored?

I’m not sure what the answers to these questions are, though I do know that the Free Library and its dedicated librarians will continue to fight censorship and make ideas and voices of all kinds freely available to all.

What book do you think should become more widely read in the United States that might be censored if it became too popular? Share your recommendations in the comments below. 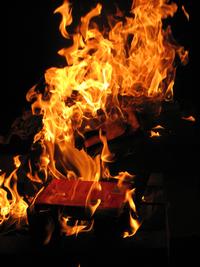