Why Did Abraham Care What We Eat? Food Restrictions in Major Religions

We often emphasize distinctions between the main Abrahamic religions, but they have something culinary in common: each year Muslims, Christians, and Jews restrict their diets to mimic the fasts of their respective prophets Muhammed, Jesus, and Moses. As spring blossoms around the world, the devout undergo often-overlapping fasts for Ramadan, Lent, and Passover and conclude them with celebratory feasts.

But why is food linked to spirituality? Fasting has been practiced for centuries as a ritual undertaking to direct attention from the body’s physical needs to the soul’s spiritual ones. Discipline exercised surrounding what we eat is a reminder and a reflection of the devotional discipline encouraged year-round and especially during major religious holidays. Abstaining from food for extended periods of time also serves to heighten the celebratory feasts that break the fasts.

With Ramadan currently underway, let’s reflect on a tie that binds the Abrahamic religions: 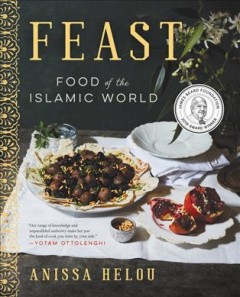 Feast: Food of the Islamic World by Anissa Helou
*initiated by the observance of the new moon, the first day of Ramadan is only confirmed the day prior.

During this month-long fast, Muslims are prohibited from both eating and drinking between sunrise and sunset, taking one pre-fast meal (suhoor) and another after sunset (iftar). The fast is seen as a way to purify the self and practice gratitude—a deprivation that serves as a reminder of what we have. Eid-Ul-Fitr marks the end of Ramadan and is celebrated with a large feast. 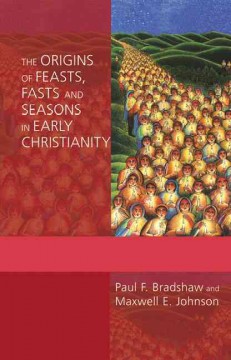 The Origins of Feasts, Fasts, and Seasons in Early Christianity by Paul F Bradshaw
Stretching over the 40 days preceding Easter Sunday, the Lenten fast is more about restriction than cutting off intake. It is observed differently across denominations, but in general, it takes the form of some sort of vegetarianism; Christians abstain from the consumption of meat, dairy, eggs, or fatty or sweet indulgences. Eastern Orthodoxy calculates the celebration of Easter based on the Julian calendar and the vernal equinox as observed along the meridian of Jerusalem, meaning that Orthodox Easter usually does not coincide with Western churches’. 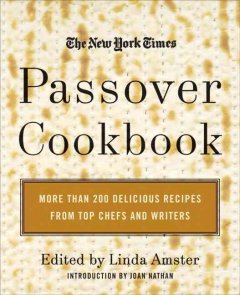 The New York Times Passover Cookbook
Starting on the 15th day of the seventh month in the Jewish calendar, Nisan, Jewish people avoid eating food made with leavened grains for a period of eight days leading up to Passover. Some extend the prohibition to include any grain product, including beer, pasta, oatmeal, and most liquors. Even the crumbs aren’t allowed—there are rituals that rid the Jewish household of any chametz (bread products). The fast concludes with the Passover seder, during which the story of the Jews’ exodus from Egypt is retold.

In addition to these high holidays, there are fasting practices for other holy days, as well as general dietary restrictions like keeping Kosher or Halal, and even the extreme asceticism practiced by monks. Followers of less dominant Abrahamic religions like the Baha’i Faith, Yezidi, Druze, Samaritan, and Rastafari, have their own rituals too. Fasts of course have applications outside of religion as a gratitude practice or for penance, self-discipline, or cleansing, and hunger strikes have long been used as an act of resistance.

For whatever prescription—mono-, polytheistic, or secular—this practice has the beneficial effect of reminding us of our shared humanity, regardless of our religious beliefs. 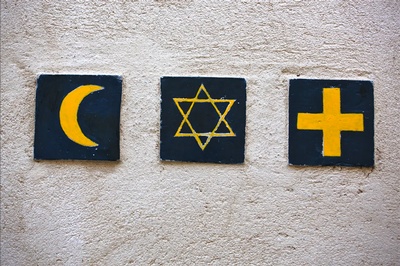 As spring blossoms around the world, the devout undergo often-overlapping fasts for Ramadan, Lent, and Passover and conclude them with celebratory feasts.
Add a Comment