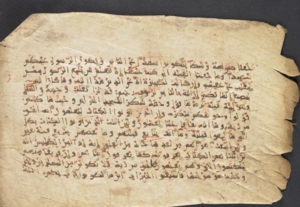 In the Path of Islam Lecture Series: Empowering the Muslim Youth. An In-Person and Virtual Lecture.

Allah empowers all of humanity by allowing mankind the choice between faith and gratitude towards Him or denial and self-obsession. Allah encourages the faithful to excellence by clarifying the distinction they will receive in support and reward above others for their efforts, while reminding them that the choice to excel or to suffice themselves with the bare minimum is theirs to make.

Raising the youth's awareness of existence of this choice in Islam as well as the subsequent reward and distinction for excellence may prove instrumental in encouraging and empowering them to change their own behavior, especially if coupled with the simple, yet effective, prophetic outline for how to achieve excellence.

Hanif Fouse is currently the resident imam of United Muslim Masjid in Center City, Philadelphia, as well as vice president of the QARI (Quran Arabic Reflection Institute), also headquartered in Philadelphia. Hanif holds both a bachelor's degree and master's degree in education. Allah blessed him to live in the Kingdom of Saudi Arabia for 14 years, 9 of which he spent in Madinah, the city of the Prophet Muhammad, may Allah praise him in the company of the angels and grant him safety and security. While in Madinah, Allah blessed Hanif to learn Arabic, to memorize the Quran, and to study under several well-respected scholars.

The Lecture Series is made possible by the In the Path of Islam Project brought to you by the Free Library of Philadelphia and funded by the Building Bridges Program of the Doris Duke Foundation for Islamic Art.

6:00 P.M.
The Artistry and Industry of Bookmaking | Behind the Bookcase (in-person) | The Rosenbach