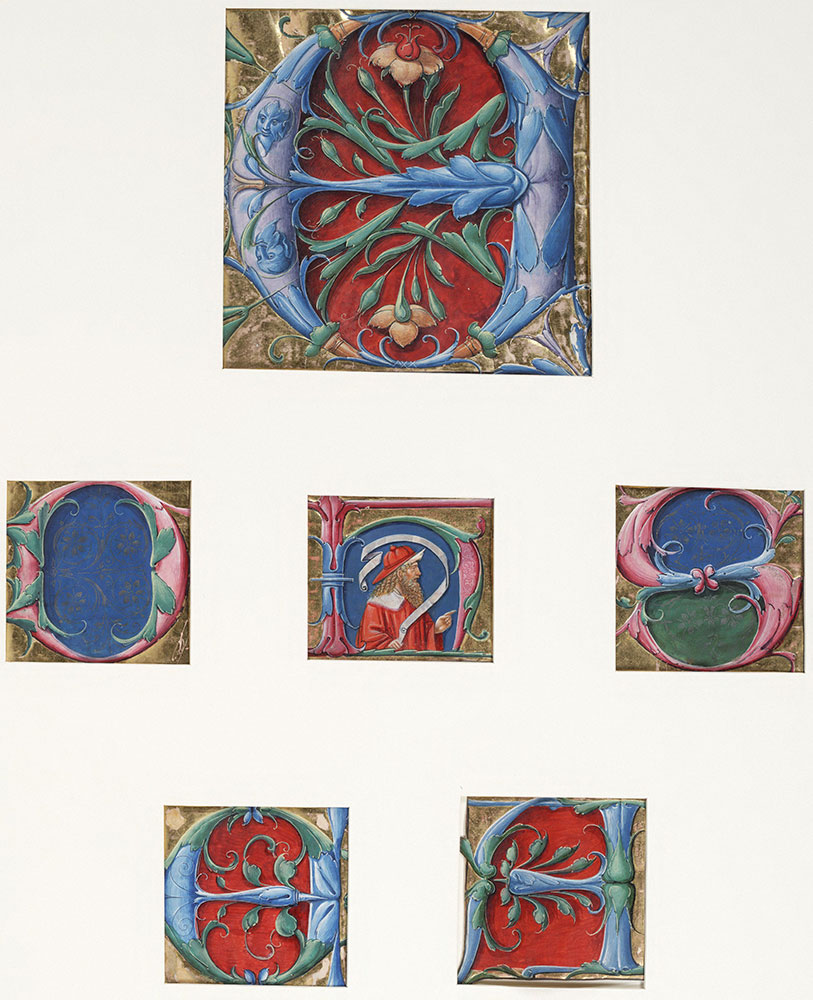 Item No: mcai760491
Additional Title: Choir book
Language: Latin
Folio Number: front 76:49
Source: Rare Book Department
Notes: Decorated initials and an initial H with a cardinal
Notes: Lewis E M 76:49-54 are a group of illuminated initials possibly from the same choir book, although there is not enough evidence to be sure. The ornate character of these initials is typical of illumination in the late Renaissance in Lombardy. The initials have previously been attributed to the so-called Master B. F., after the initials are inscribed in another cutting by the same artist now in the Museo Diocesano in Lodi, Italy. Some scholars have argued that the initials, which can be found on Lewis E M 72:11b, stand for Francesco Binasco (also known as Francesco da Lonate), an illuminator who worked at the court of the Sforza, the ruling family of Milan in the fifteenth and sixteenth centuries.
Notes: This cuttings can be dated to ca. 1525.
Sirsi Catalog Key: 1654532
Country: Country:Italy 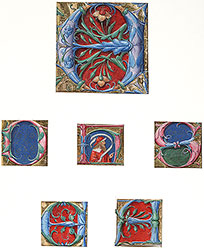 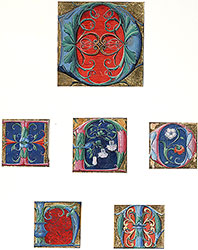 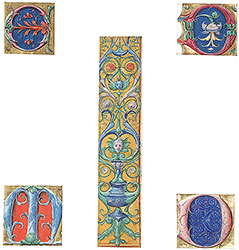 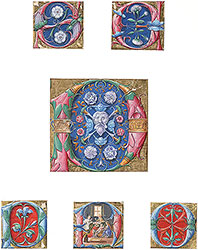 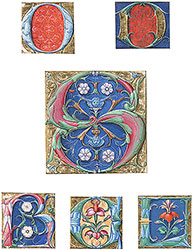 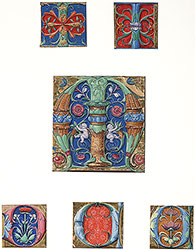