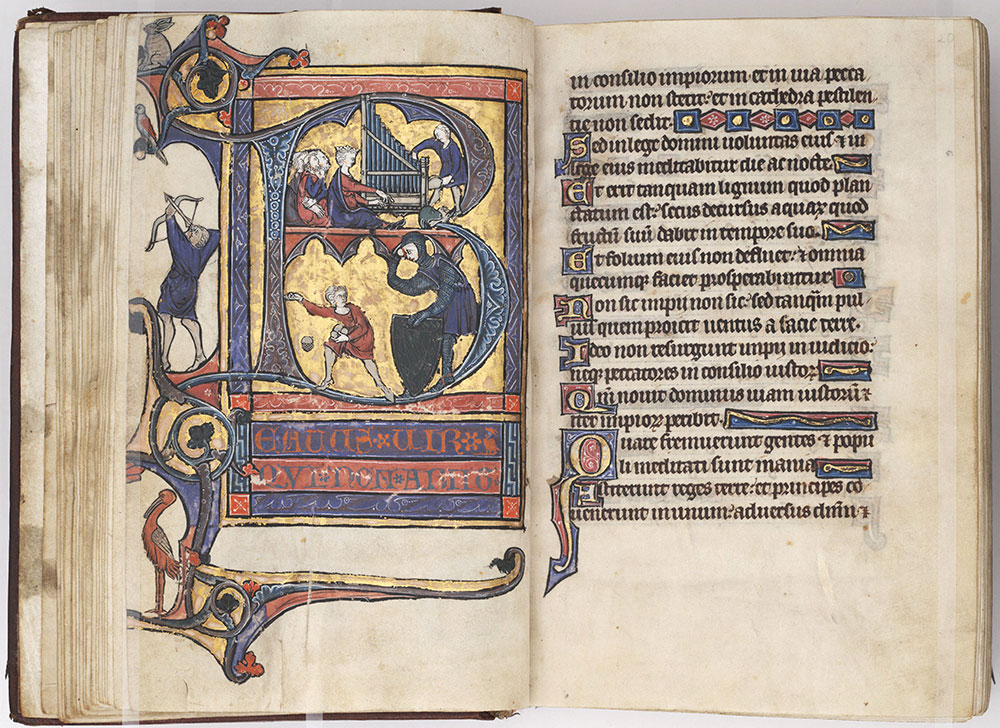 This volume includes both a Psalter (the Christian Book of Psalms) and a book of hours (a personal devotional prayerbook). The full-page initial B marks the beginning of Psalm 1, showing King David playing the organ and, below, a young David slaying Goliath (here depicted as a medieval knight).


Notes: In this full-page initial B beginning Psalm 1, "Beatus vir..." (Blessed is the man), King David plays an organ in the upper register. In the lower register, a young David slays Goliath, depicted here as a medieval knight. The first lines of the psalm are written in decorative script below. The fanciful marginal figures are typical of Franco-Flemish border decoration at the end of the thirteenth century.
Notes: Initial B, beginning Psalm 1
Sirsi Catalog Key: 1466041
Country: Country:France
City/Town/Township:Amiens ?
Cardinal Point:northeastern 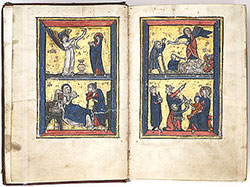 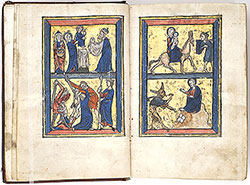 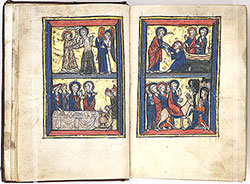 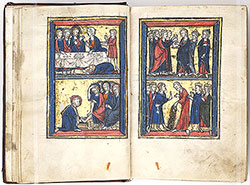 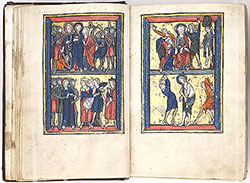 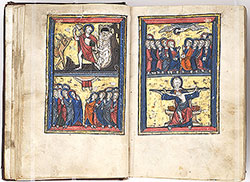 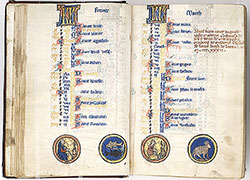 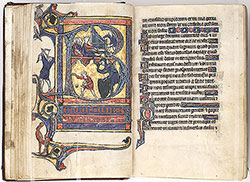 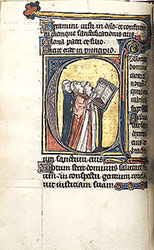 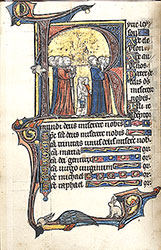 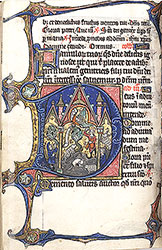 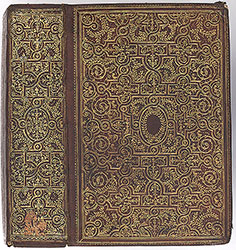 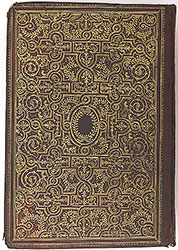