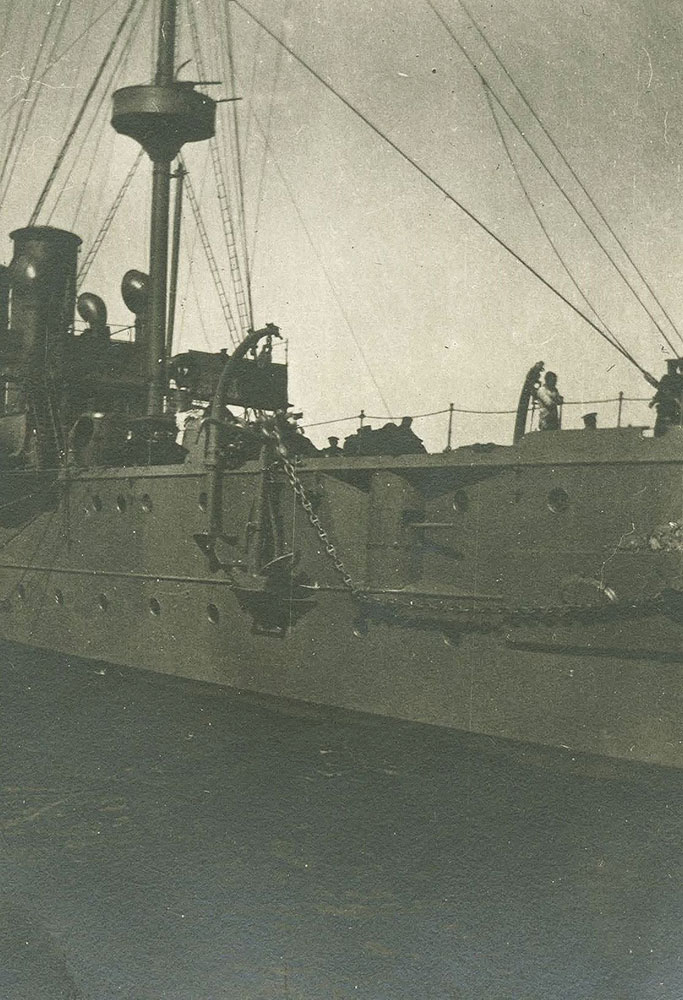 On the 25th, Raleigh put to sea, bound for Hong Kong with mail. In early September, she returned to the Philippines where she operated until sailing for Suez, Gibraltar, and the United States on 15 December. On 15 April 1899, she arrived at New York and the next day received honors from other ships and from officials of the city.

Ten days after her arrival, Raleigh cleared New York Harbor and turned south. On the 26th, she entered the Delaware River and moved up to Philadelphia, where on the 28th, President McKinley and Secretary of the Navy Long came on board to honor the ship and crew for a job well done.

On 2 May, Raleigh got underway again, and, after visiting ports in the Carolinas, put into Portsmouth, N.H., where she was decommissioned on 10 June."

Detail of ship, the "Raleigh".