From Our Collections Edmunds 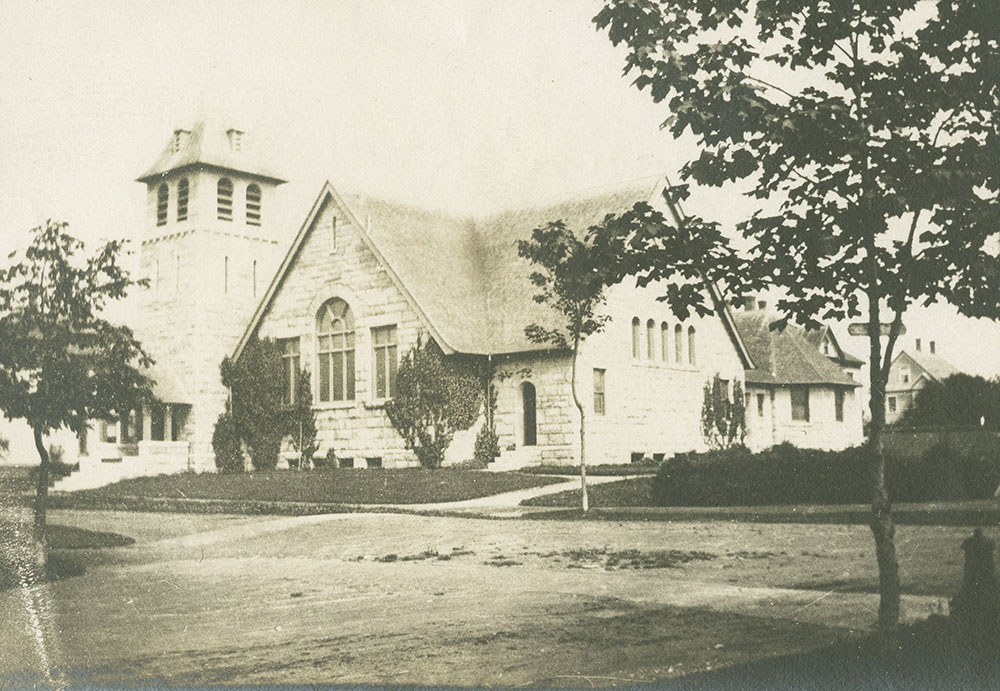 "The Yarmouth County Museum was originally constructed as a Congregational church in 1892-93. It is a Gothic Revival style building of rough finish Shelburne granite.

Tabernacle Congregational Church was built to replace an earlier wooden church building, which was struck by lightning and burned to the ground on March 12, 1892. The cornerstone for this church was laid on August 9 that same year, and the dedication of the new building took place a year later, on August 20, 1893. The new church was a radical departure from traditional wood framed church buildings, and when it was completed, was regarded as the handsomest church building in western Nova Scotia, according to newspaper articles of the time.

The stonework was done by Melford and William Sims, and was the only granite structure ever built by them. The beams in the vaulted ceiling come from the Second Tusket River Bridge, which had been dismantled and replaced with a steel structure. The auditorium could accommodate 325 people, and the adjoining school was suitable for up to 150 people. The cost of building the church was $14,638.42."