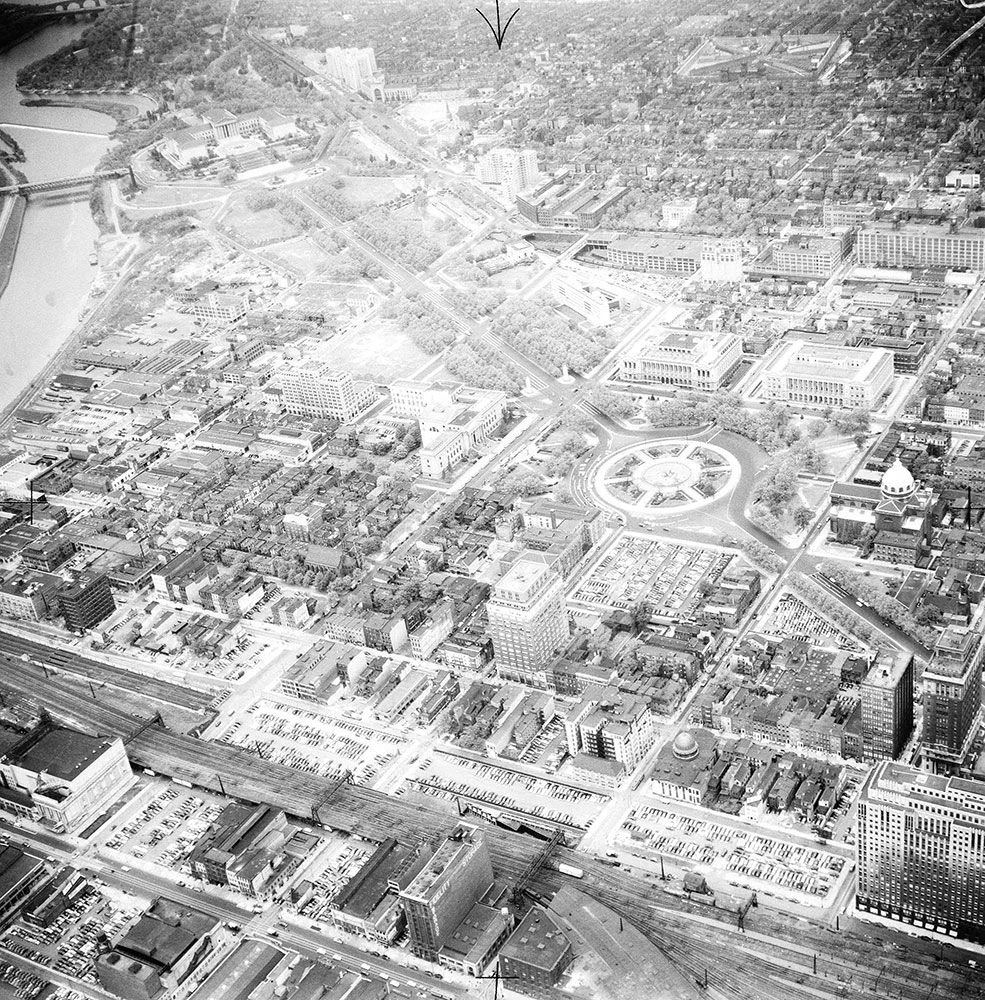 This April 8, 1952, image shows an aerial view of the Logan Square area of Philadelphia, at the time of a proposed tunnel, to connect the Schuylkill Expressway with the Benjamin Franklin Bridge.  The project spanned decades, resulting in its present route in the 1970s.

Besides Logan Circle and the diagonally-running Benjamin Franklin Parkway, there are many indentifiable landmarks and buildings in this image.  At the upper left corner are the Schuylkill River, the Callowhill Street Bridge (replaced in 1965 by the Spring Garden Street Bridge), and the Philadelphia Museum of Art.  Looking clockwise around Logan Circle, one can see the Parkway Central branch of the Free Library of Philadelphia and the adjacent Philadelphia Family Court (both, upper right), the domed Cathedral Basilica of SS. Peter and Paul (right), the Academy of Natural Sciences (bordering the circle) and behind it the Bell Telephone Company building, and the Franklin Institute (to the left of the circle).  In the center of Logan Circle is the Swann Memorial Fountain.