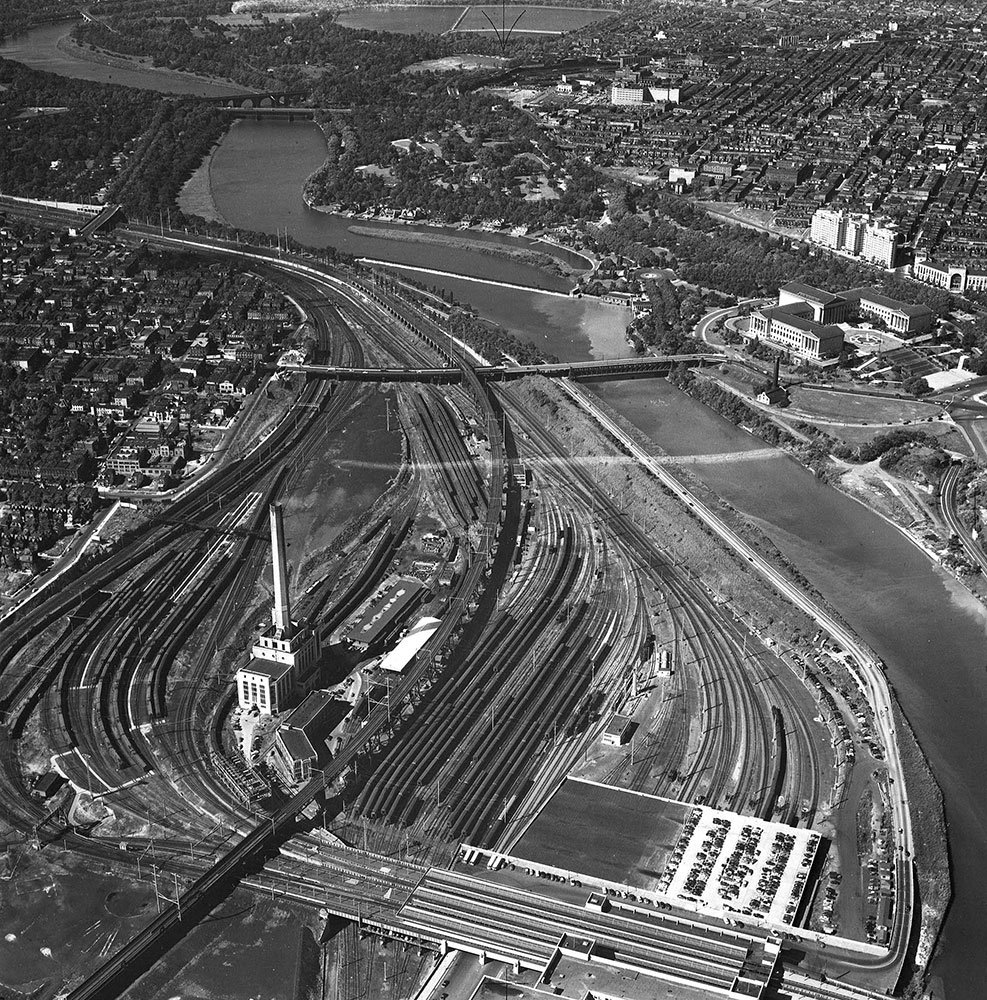 This 1953 image shows an aerial view of the Penn Coach Yard, with its elaborate system of railroad tracks heading into 30th Street Station (just out of view at the bottom edge).  The Schuylkill River runs diagonally through the photograph, with the Philadelphia Museum of Art on the right (east) bank, and the Penn Coach Yard on the left (west) bank.  The Callowhill Street Bridge can be seen crossing the river at the Art Museum, and the Fairmount Dam is the bright white diagonal line across the river above the bridge, extending outward from the Fairmount Water Works.  The West Philadelphia Elevated (aka, the Philadelphia High Line)--the railroad viaduct built by the Pennsylvania Railroad in 1903--is seen crossing the bridge and continuing down past the train station.

The building on the west bank, with its 425-foot tall chimney, was the Penn Coach Yard Power Plant.  It was built in 1929 by the Pennsylvania Railroad, to provide steam heat and power for the railroad system's and City's improvement project.  The steam plant was decommissioned in the 1960s and demolished in 2009.