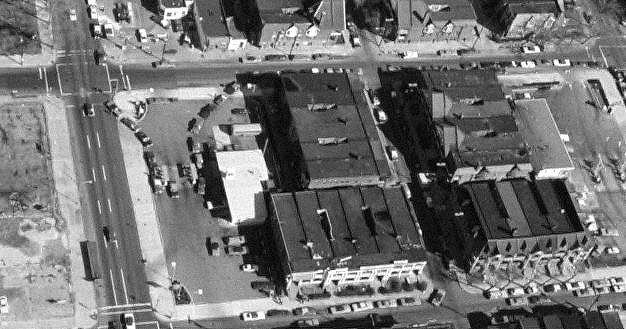 This February 23, 1874, image shows an aerial view of cars lined up around the block for gasoline, during the gas shortage of 1973-1974.  Due to an oil embargo in the Middle East, suppliers chose to reduce their shipments, rather than raise prices.  This resulted in reduced hours at the gas stations and shortages at the pump.  This photograph was taken during the worst period of the crisis.