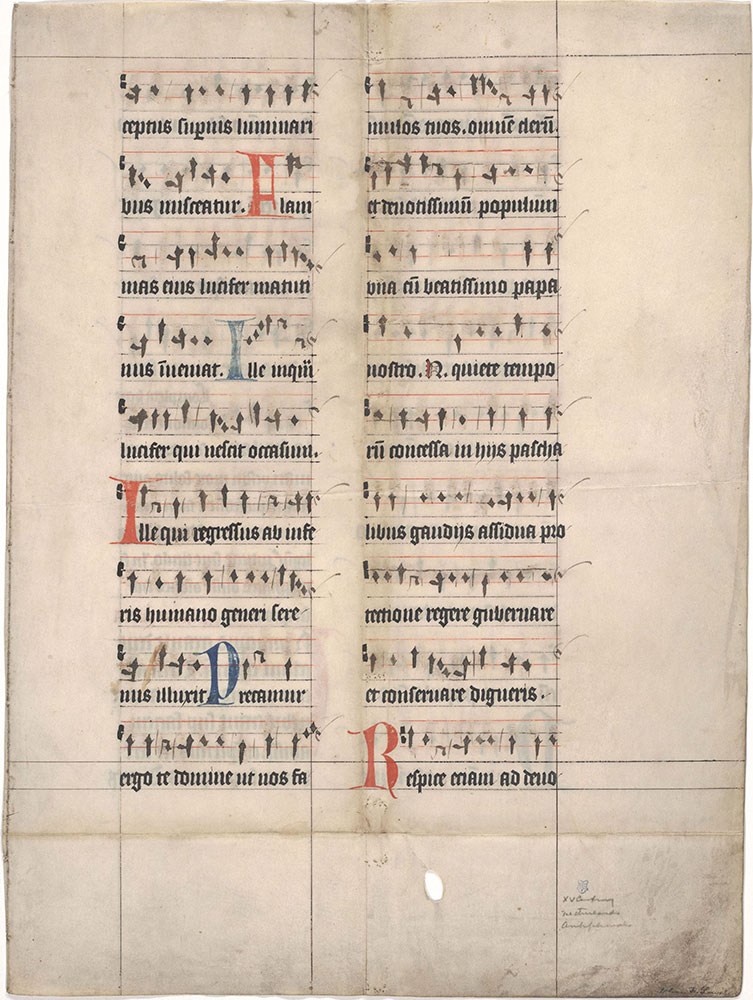 Leaf from a missal

This leaf is an example of music from the Exultet or Easter Proclamation: “Flammas eius Lucifer matutinus inveniat, ille inquam, lucifer, qui nescit occasum” (May the morning-star find its flame alight, that Morning-Star which knows no setting…). The Proclamation would be intoned during the Easter Vigil, or the night before Easter Sunday.

Missals were usually in two-column format: most missals did not contain music. This leaf has been simply rubricated (initials drawn in blue and red ink for delineation and ease of reading). Additionally, it is clear that there are many erasures and rewritings of the music in this leaf. Erasing parchment involved scraping the page (which is animal skin) with pumice or other scraping tools. It is possible or even probable that the leaf was meant to be decorated in the borders and that it was never completed. This leaf and the other leaf in this case are wonderful artifacts that allow us to see some of the stages of manuscript preparation from the Middle Ages. 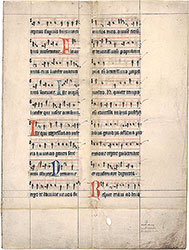 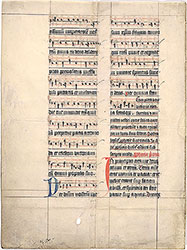