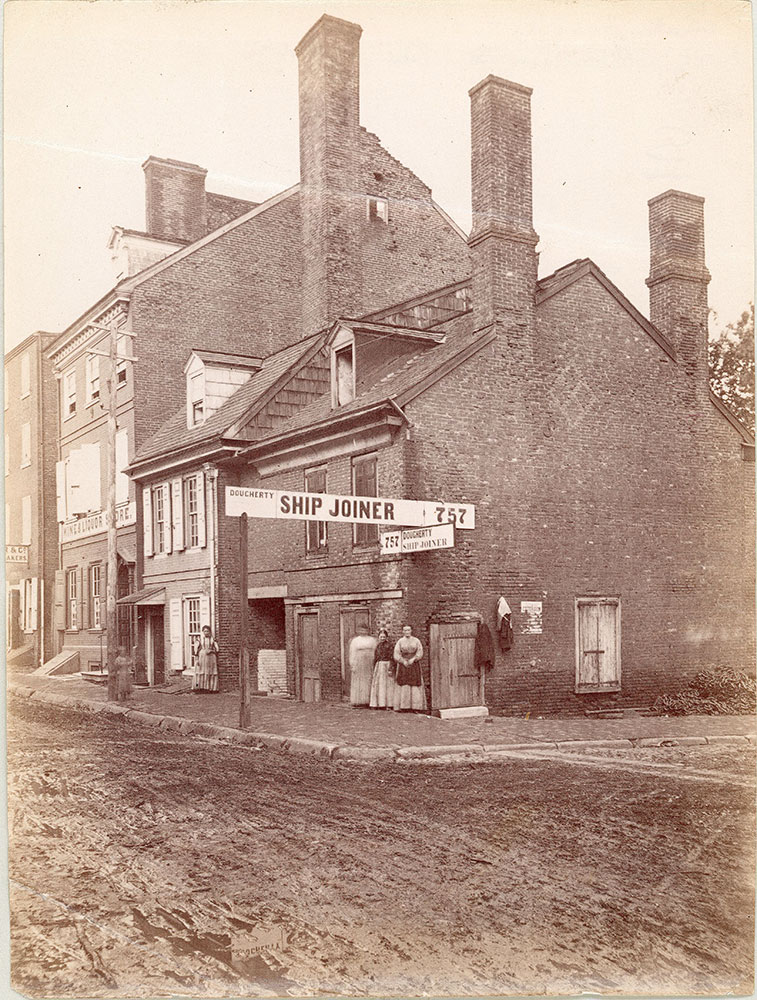 Item No: pdcl00009
Title: Swanson Street
Additional Title: Doughtery Ship Joiner, 757 Swanson Street
Historic Street Address: Swanson Street, 757
Media Type: Albumen Prints
Source: Print and Picture Collection
Notes: "The view shows one of the oldest houses in the street, occupied by a ship joiner whose service was vital to the navy. Philadelphia's shipyards were but a short distance away."--OPEP, p. 5.
Notes: View of Swanson Street, location of Dougherty Ship Joiner. Two signs identify the building, a small one attached to the front of the building, and a larger one attached both to the left side of the building and to a post on the edge of the sidewalk. Three women stand at the corner of the store, facing the photographer. A fourth woman stands at the corner of the building next door.
Bibliography: Reprinted in: Old Philadelphia in early photographs, 1839-1914/edited by Robert F. Looney. New York: Dover Publications, c1976.