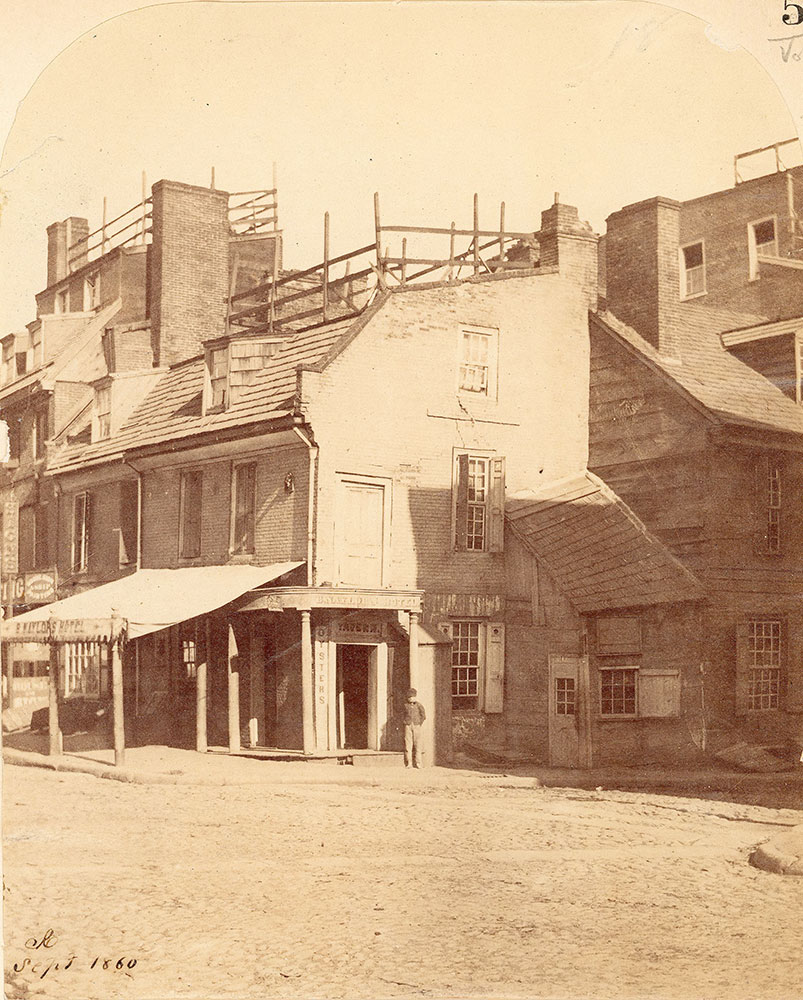 Item No: pdcl00020
Title: Dock Street, west side
Additional Title: Dock Street, west side, opposite tobacco stores
Media Type: Albumen Prints
Source: Print and Picture Collection
Notes: "Dock Creek extended from the Delaware River near Spruce Street as far north as Market Street at 5th. It was so called because in the early city it was the location of the public dock. Dock Street was laid out on either bank and was one of the earliest streets to be planned. Naylor's Hotel, shown here, has already been altered to accommodate a tavern on the street level. The doorway above was in better days the main entrance, approached by means of a staircase."--OPEP, p. 21.
Notes: Group of buildings with wood-framing on roof. Man standing on corner. Signs on corner building and the awning: "B. Naylor's Hotel," "Oysters," and "Tavern."
Bibliography: Reprinted in: Old Philadelphia in early photographs, 1839-1914/edited by Robert F. Looney. New York: Dover Publications, c1976.