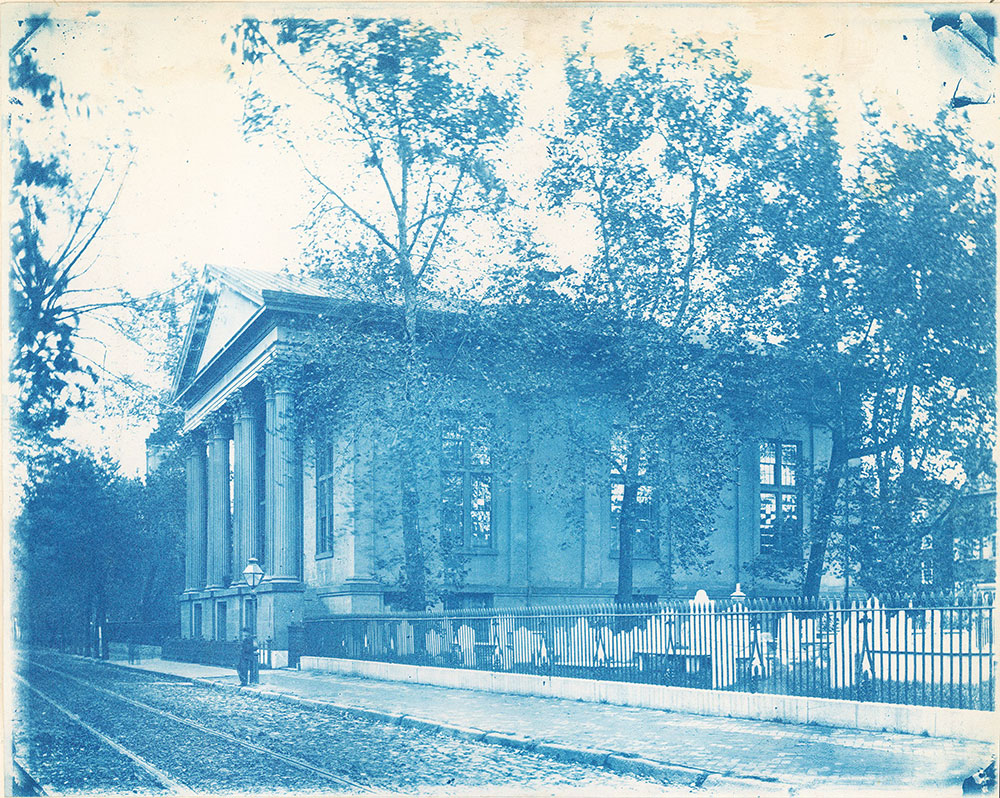 Item No: pdcl00052
Title: Pine Street Presbyterian Church, Pine Street
Additional Title: Pine Street Church above 4th
Historic Street Address: Fourth and Pine Streets
Media Type: Cyanotypes
Source: Print and Picture Collection
Notes: "Known as Old Pine Third and Scots Presbyterian, this church was built in 1768 on property donated to the original congregation by Thomas and Richard Penn. At first an outgrowth of the First Presbyterian Church, then at Market and Bank Streets, it became an independent church in 1771. During the Revolution the British used it first as a hospital, then as a stable. In its historic churchyard lie buried many soldiers of the Revolution and other patriots, William Hurrie who rang the Liberty Bell in July 1776, and William C. Houston, member of the Continental Congress from New Jersey. This photograph was taken at the time of the church's hundredth-anniversary celebration."--OPEP, p. 55.
Notes: The Church with adjacent cemetery. A man leans against a lamppost in front; streetcar tracks run down center of street.
Bibliography: Reprinted in: Old Philadelphia in early photographs, 1839-1914/edited by Robert F. Looney. New York: Dover Publications, c1976.