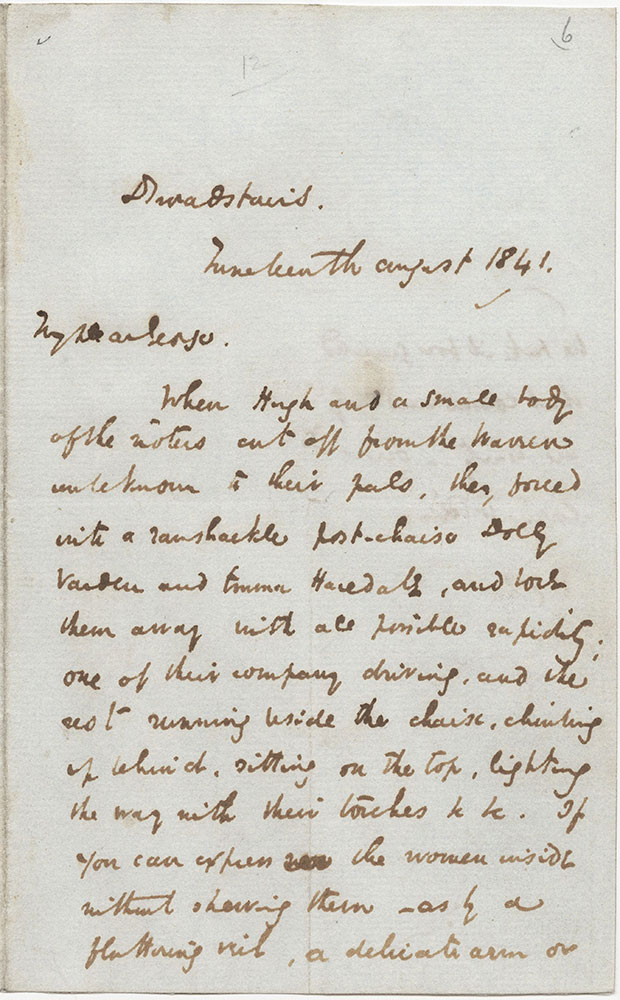 Broadstairs.
Nineteenth August 1841.
My Dear George.
When Hugh and a small body of the rioters cut off from the Warren unbeknown to their pals, they forced into a ramshackle post-chaise Dolly Varden and Emma Haredale, and bore them away with all possible rapidity;  one of their company driving, and the rest running beside the chaise, climbing up behind, sitting on the top, lighting the way with their torches &c &c.  If you can express the woman inside without shewing them--as by a fluttering veil, a delicate arm or so forth, appearing at the half closed window--so much the better.  Mr. Tappertit stands on the steps, which are partly down, and hanging on to the window with one hand, and extending the other with great magesty, addresses a few works of encouragement to the driver and attendents.  Hugh sits upon the bar in front--the driver sitting postilion wise--and turns round to look through the window behind him at the little doves within.  The gentleman behind are also curious to catch a glimpse of the ladies--one of those who are running at the side, may be gently rebuked for his curiosity by the cudgel of Hugh.  So they cut away, Sir, as fast as they can.
Always Faithfully,
Charles DIckens
John Willet's bar is noble.
We take it for granted that cousin and baby are hearty.--Our loves to them. 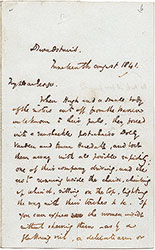 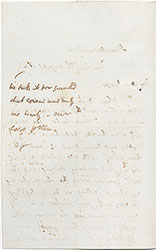 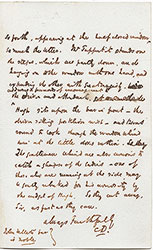