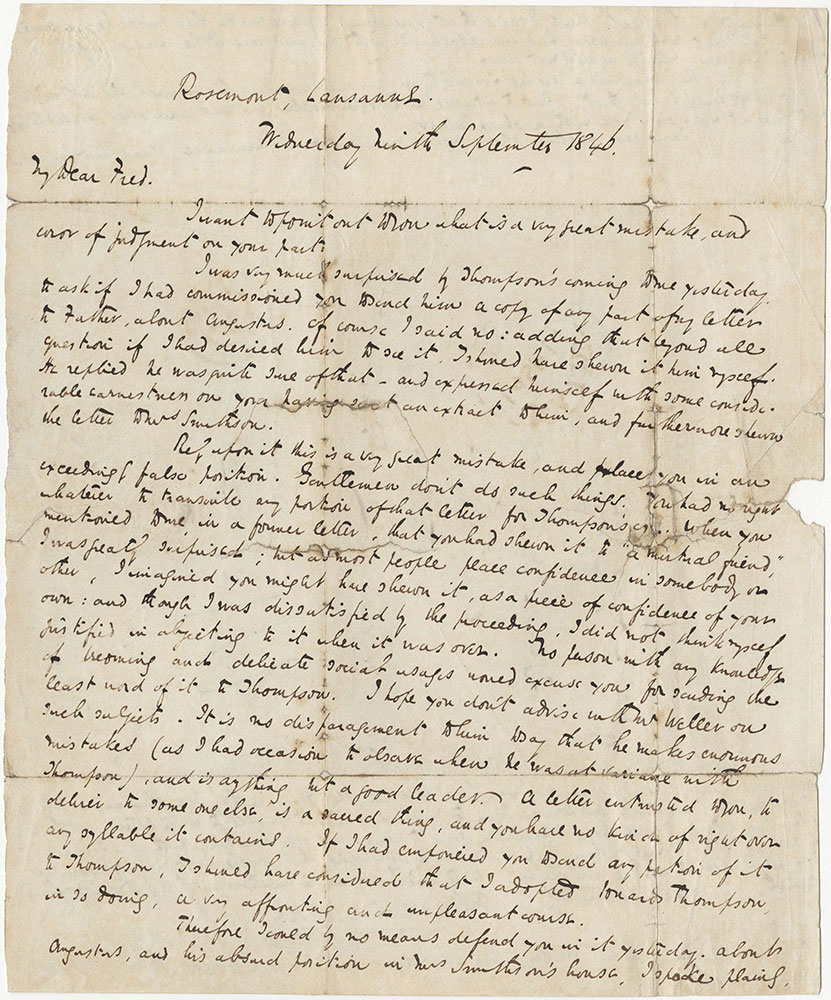 Rosemont, Lausanne.
Wednesday Ninth September 1846.
My Dear Fred.
I want to point out to you what is a very great mistake, and error of judgment on your part.
I was very much surprised by Thompson’s coming to me yesterday to ask if I had commissioned you to send him a copy of any part of my letter to Father, about Augustus.  Of course I said no: adding that beyond all question if I had desired him to see it, I should have shewn it him myself.  He replied he was quite sure of that – and expressed himself with some considerable earnestness on your having sent an extract to him, and furthermore shewn the letter to Mrs. Smithson.
Rely upon it this is a very great mistake, and places you in an exceedingly false position. Gentlemen don’t do such things. You had no right whatever to transcribe any portion of that letter for Thompson’s eye. When you mentioned to me, in a former letter, that you had shewn it to “a mutual friend”, I was greatly surprised; but as most people place confidence in somebody or other, I imagined you might have shewn it, as a piece of confidence of your own: and though I was dissatisfied by the proceeding, I did not think myself justified in objecting to it when it was over. No person with any knowledge of becoming and delicate social usages would excuse you for sending the least word of it to Thompson. I hope you don’t advise with Mr. Weller on such subjects. It is no disparagement to him to say that he makes enormous mistakes (as I had occasion to observe when he was at variance with Thompson), and is anything but a good leader. A letter entrusted to you, to deliver to some one else, is a sacred thing, and you have no kind of right over any syllable it contains. If I had empowered you to send any portion of it to Thompson, I should have considered that I adopted toward Thompson, in so doing, a very affronting and unpleasant course.
Therefore I could by no means defend you in it yesterday.  About Augustus, and his absurd position in Mrs. Smithson’s house, I spoke plainly, and evidently with effect. And I said that I presumed you had made this mistake, in some supposition that Mrs. Smithson had been beforehand with you, and related her version of the story to Thompson. Which he did not deny.
Rely upon this – the less you write in any such case as this quarrel, the better. You cannot be too careful in that. But to interfere with other people’s writings, and other people’s letters, is to slice at your own nose with a sharp razor.
I have been expecting to hear from you about your Lausanne plans, but I suppose these quarrels prevent the adjustment of anything. Will you tell Henry, with my love to him and Letitia that between my Xmas Book and Dombey, I am too much at my desk to be able to write letters, but that when we go to Paris, I shall hope to persuade them to come and stay some time with us - I suppose it is now too late to expect them here. We think of leaving this, on the last day of November. We are all well, thank God, and happy. Kate and Georgy unite with me in loves to yourself and Anna.
Ever affectionately
Charles Dickens
P.S.  Charley, Mamey, Katey, Walley, Chickenstalker, and Sampson Brass (the baby) desire to be remembered. 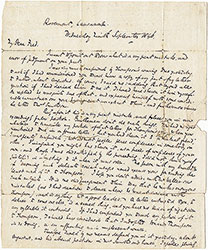 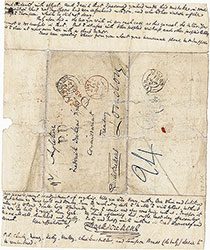