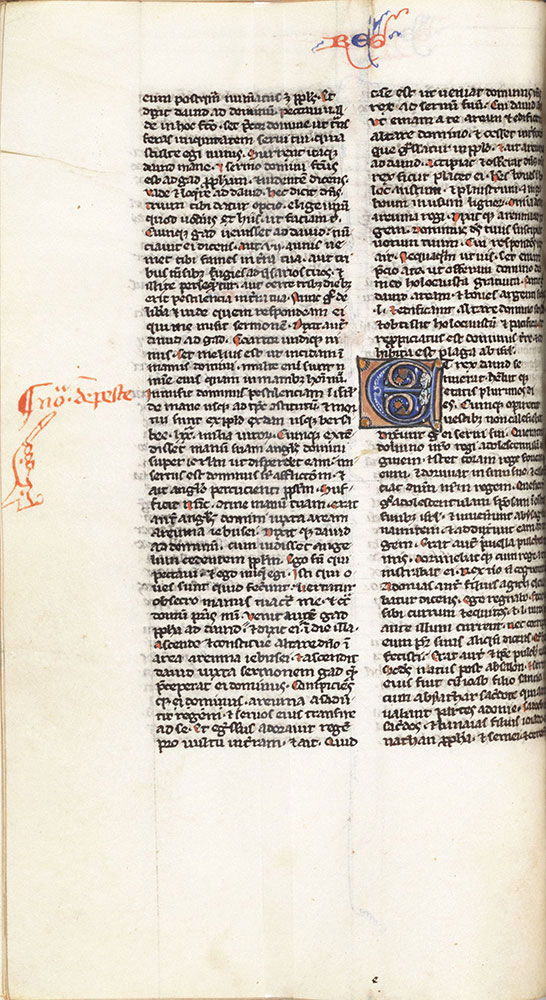 In the left margin of this page, a fourteenth-century reader wrote down a note calling attention with a pointing hand to a passage in II Samuel 25:15, "And the Lord sent a pestilence upon Israel, from the morning unto the time appointed, and there died of the people from Dan to Bersabee seventy thousand men." The Black Death swept Europe in the middle years of the fourteenth century. The reader may have been equating the Biblical plague to the events of his own time.

This Bible is a typical example of Bibles produced in Paris in the thirteenth century. The small, two-column format and impossibly small script as well as thinner parchment made it possible to create portable Bibles. Prior to this point, the books of the Bible were more often grouped together and produced separately in large volumes. For example, the Gospels or the books of the Pentateuch would be copied as individual manuscripts. Paris Bibles, as these diminutive books are sometimes called, changed the way the books of the Bible were copied. This format continues to be used to this day in modern editions of the Bible. 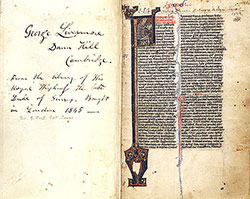 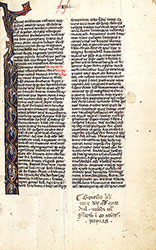 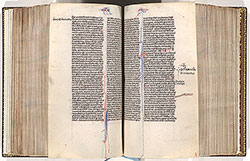